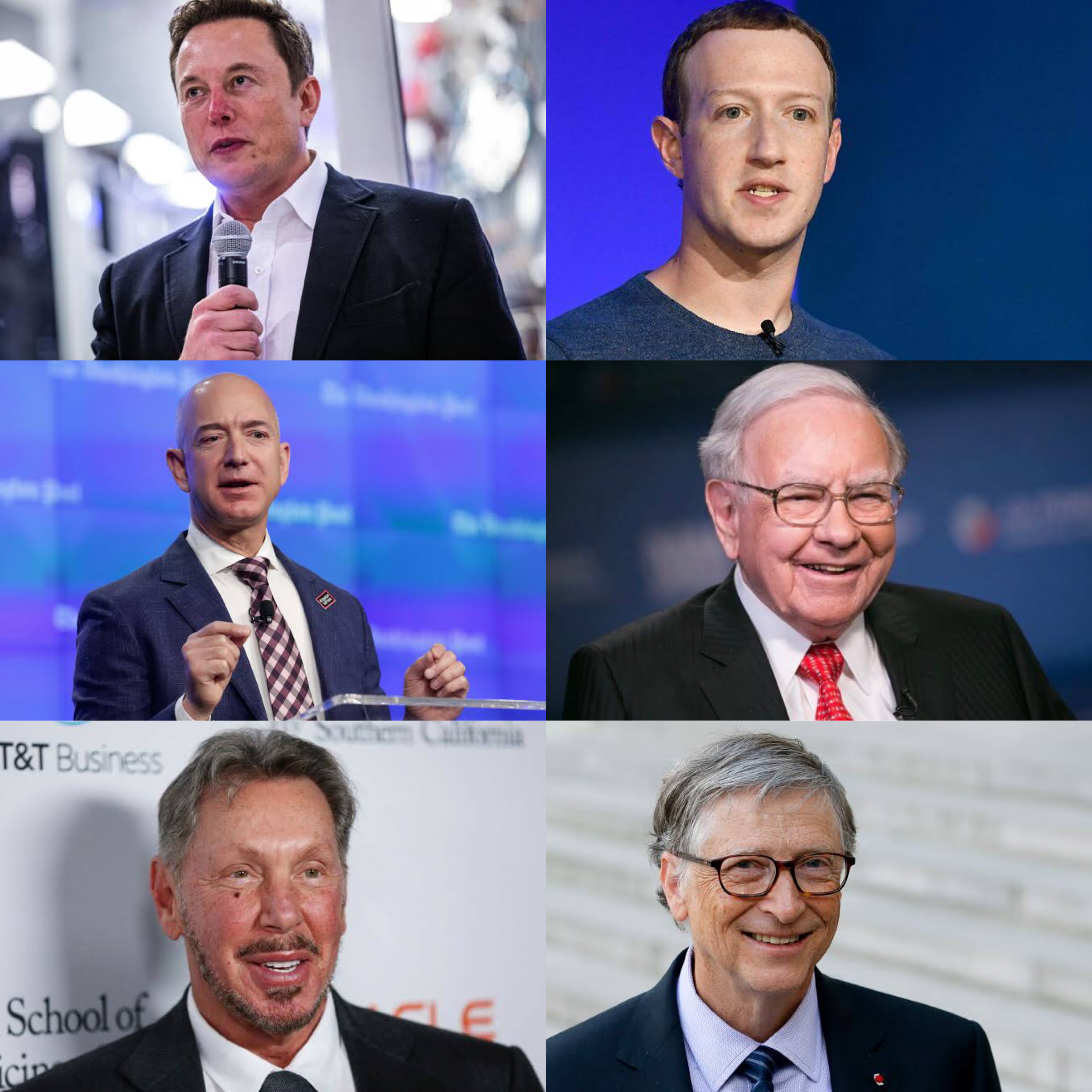 Despite the rapidly dwindling economy, increased unemployment rate and shutdown of companies due to the coronavirus pandemic, some Americans have hugely profited from the ongoing global crisis.

According to a new report, published on Thursday by the Americans for Tax Fairness and the Institute for Policy Studies, the total net worth of all US billionaires got a $434 billion boost since March 19, when many US states were placed on lockdown.

This shows that while many Americans are facing financial hardship, these billionaires have gotten richer from the health crisis.

In total, roughly 600 US billionaires saw a wealth increase from $2.948 trillion to $3.382 trillion within the past two months.

The report, carried out using Forbes data for over 600 billionaires in America shows that Elon Musk had the largest percentage gain of billionaires during the two months, seeing his net worth jump by 48% ($36 billion) in the two months.

Zuckerberg is closely behind, seeing his wealth surge by 46% in the two months, to $80 billion.

Bezos‘ wealth increased by 31% to $147 billion. Even Bezos’ ex-wife, MacKenzie Bezos, who received Amazon shares worth $38 billion in from their divorce, also saw a wealth increase to $48 billion.

It would be recalled that in March, rapper and entrepreneur Kanye West with $1.3 billion joined over 600 billionaires in America.

While the billionaires are earning more, at least 2.4 million Americans have filed for unemployment benefits last week, bringing the total number of people out of work during the pandemic to more than 38.6 million.

The new figure released on Thursday is the latest wave of layoffs from the viral outbreak that triggered widespread business shutdowns two months ago and sent the economy into a deep recession.

Economists had been predicting that the latest weekly jobless figures would bring the total to 40 million claims by the end of the month.

It is therefore evident that the pandemic is a win for some and a lose for others.

Nigerians Celebrates Music Icon Lagbaja On His 60th Birthday
COVID-19: “Their Irresponsibility Cost Lives” – Chimamanda Adichie Criticises US, Brazil Presidents For How They Are Handling The Pandemic