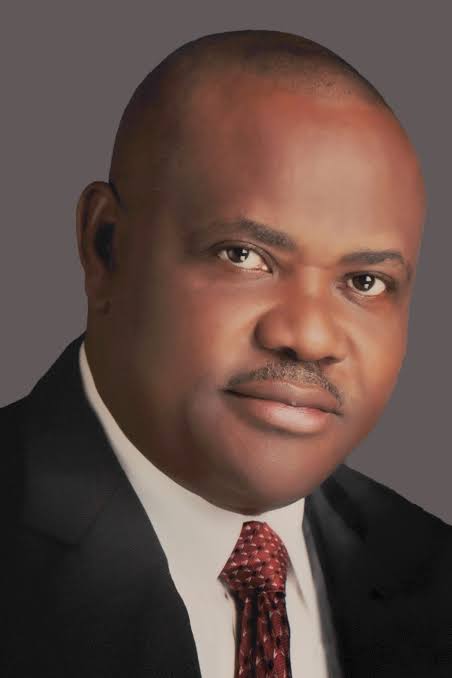 The Rivers State government has announced the temporary lift of the total lockdown on Obio/Akpor and Port Harcourt Local Government Areas of the state.

The lockdown relaxation, according to the state governor, Nyesom Wike, will last for only two days, with effect from Tuesday, May 12th.

This comes a week after Governor Wike, on May 4th, 2020, announced a 24-hour lockdown on Port Harcourt City and Obio/Akpor Local Government Area as part of the state government’s measures to check the spread of coronavirus.

In a broadcast last week Monday, Wike had said:

Consequently, we have decided on the extreme measure of placing the entire Obio/Akpor and Port Harcourt City Local Government Areas under a 24-hour total lockdown from Thursday 7th May 2020 until further notice.

In the recent lockdown update announced on Sunday night, Wike said total lockdown will be reimposed on Thursday, May 14th, 2020.

He said all other established restrictions under the Executive Orders on social distancing were still in force.

Consequently, we have given due consideration to the propositions on the way forward by well-meaning citizens of the State, and after a cautious review of the situation, decided to implement a partial relaxation of the lockdown measures, to enable residents to have some fresh air and replenish their foodstuffs and medicines.

To this end, I hereby announce the temporary lifting of the total lockdown on Obio/Akpor and Port Harcourt Local Governments Areas for two days only, with effect from Tuesday 12th May 2020.

All shops, supermarkets, and malls can open to the public for Tuesday and Wednesday, 12 and 13 May 2020.

Similarly, all hospitals and banks can also open and provide full services to the public. Oil and gas companies are required to submit the list of their staff on essential duties to the Government; note that there is no ban on the lifting of petroleum products from depots and other receptacles.

The total lockdown on Obio/Akpor and Port Harcourt Local Government Areas will be reinstated on Thursday 14th May 2020 and remain until further notice.

Compulsory wearing of face mask or scarfs in vehicles and public places; closure of all land, sea and air borders and entry routes into the State; and closure of all open markets, including slaughters, hotels, guest houses, cinemas, bars and restaurants; and ban on gathering, including public burials, weddings, and religious gathering of more than 50 persons. Once again, thank you for your cooperation and understanding.

Please note that our enemy is invisible; stay at home, maintain social distancing, wash your hands regularly and stay safe.

He said every measure the State Government had imposed was dictated by an assessment of the State’s situation, the trend of transmission and the conviction that it was the right thing to do in the circumstance.

As a Government, we are doing our utmost best, in the face of daunting challenges, to prevent COVID-19 from taking hold in Rivers State; to stop any possible community transmission of this disease before it is too late.

And we shall continue on this trajectory because the alternative would spell a greater disaster for our State and our people.

More so, when these are not arbitrary measures but fully prescribed and backed by the ordinary laws of our State, especially, Executive Orders numbers: 1 to 6.

So far, all our measures and actions are not arbitrary but fully prescribed, guided and backed by the ordinary laws of our State, especially Executive Order numbers 1 to 6, which apply equally to all persons throughout the State. As a Government, we are obliged to enforce our laws, and in the present circumstance, we have done so without fear or favour.

Wike stated that the state will not spare anyone who violates its COVID-19 containment laws.

We equally made it loud and clear that in the fight against COVID-19 there would be no sacred cows; no double standards, and no sentiments of any kind, whether political, ethnic, religious, status, emotional or otherwise.

In the last few days we have pursued with vigour and secured several convictions against those who intentional violated our COVID-19 containment laws in the same way others States are doing.

The forfeited trucks to be auctioned by the Deputy Sherriff were not confiscated arbitrarily by the State Government, but by the orders of our Courts.

Also, the Governor explained why the state demolished two hotels in Eleme. Recall that on Sunday, the governor had personally supervised the demolition of  Prodest Hotel at Alode in Eleme Local Government Area of the state for violating the lockdown order put in place to curb the spread of COVID-19.

Similarly, we acted against the hotelier because, apart from using the facility to jeopardize the lives of our citizens in violation of the extant law, the owner audaciously unleashed thugs lead by the Eleme Local Government Youth Leader of the Peoples Democratic Party and inflicted severe injuries on our task-force members who went to enforce the law against the continued operation of the hotel.

As we speak, nobody knows the fate of the lives of most of the victims of that brazen and deadly attack given the severity of the head injuries they sustained.

And so, we’ve done no wrong as all our actions were taken in good faith and justified by, under and within the purview of the Executive Orders, which have neither been challenged nor set aside by any competent court of law.

The Governor said he remains focused on protecting Rivers people. He stated;

Therefore, while we welcome genuine criticisms directed towards strengthening our intervention measures; it is no use joining issues with uninformed critics and social media legal practitioners who, blinded and prodded by sheer politics, bias and hatred, have opted to demonized and paint our lawful and responsible actions in bad light.

Granted that we may not have totally achieved our targets, but we are convinced that, so far, the lockdown and the other measures have impacted greatly in containing and preventing the onslaught of the pandemic on Rivers State.

We therefore thank the entire people of Rivers State for the overwhelming understanding you have shown even as you continue to endure the pains of the restrictions on your wellbeing and fundamental freedoms.