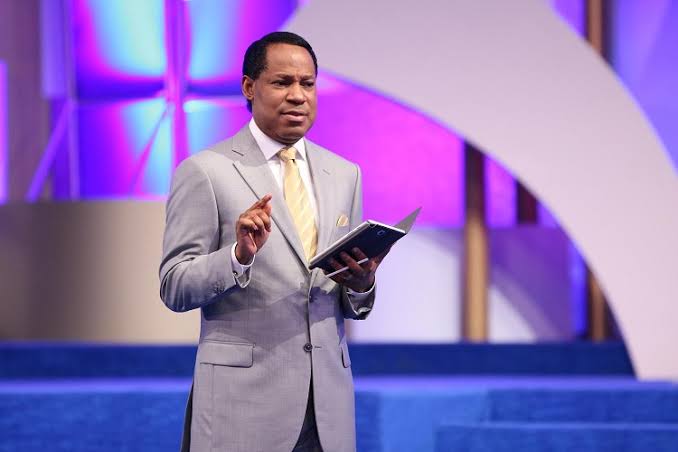 Pastor Chris Oyakhilome has lambasted Nigerian pastors and Church leaders for not kicking against the government’s decision to close churches during the coronavirus pandemic, it has emerged.

During a recent sermon, the founder and president of LoveWorld Incorporated, also known as Christ Embassy, said government in different cities, states and countries held meetings with pastors and church leaders before closing churches as part of the proactive measures in containing the spread of COVID-19.

Oyakhilome said rather than accepting, the closure of churches, pastors should have asked the government to give them time to pray to God for healing.

He alleged that the Clergymen accepted the Government’s decision on the matter because Christ has never truly been their Lord. He stated:

“In different cities, countries, states, before the government went ahead with the lockdown, they held meetings with pastors, leaders of churches. Why did the pastors and leaders not say give us a few days to go and pray? Because they were not prayerful before.

“Hearing such a thing as Ministers of God and you are called for such a meeting, you couldn’t say give us a few days and you would call the Ministers and say this is what we just heard from the government authorities and we need to pray. We have asked them to give us three days. Then you would have seen the hand of God.

“But you weren’t thinking about the father’s house. Do you know what it is for you to shut down the congregations of the lord? Do you know what that means? It never meant anything to you, that is why. And there were pastors and Ministers that were sending strong warnings to others not to venture entering the church because of the virus. This is because Christ has never truly been your lord. You have been the master of your life. You have never truly known Him.”

Oyakhilome said the government plans to introduce a policy that will ensure churchgoers are tested for COVID-19 before they are allowed into the church. This, he claimed, will prevent people with the virus from coming to seek healing from God.

Similarly, Pastor Chris came under public backlash in April for saying that COVID-19 was caused by the fifth-generation (5G) network. In a video that went viral, the cleric said President Muhammadu Buhari was forced to lock down Abuja and Lagos so that the 5G could be installed.

However, few days after the video went viral, Oyakhilome retracted his claims, stating that he was only opposed to the initiative because of its perceived health risks and the seeming silence of authorized regulators on its advantages and disadvantages.

Coronavirus Patients In Gombe Take To The Street In Protest, Decry ‘Poor Treatment’