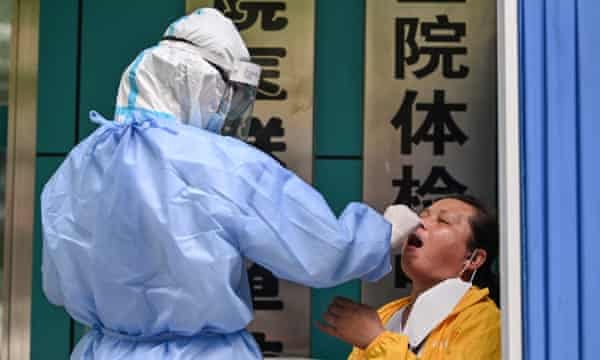 Authorities in the Chinese city, Wuhan where the novel coronavirus first emerged has on Wednesday launched an ambitious campaign to test all of its 11 million residents, after a cluster of new cases raised fears of a possible second wave of infections.

​Wuhan was placed under a lockdown as early as January 23rd ​and it was only lifted on April 8. It reported six new cases over the weekend, making it the first infections since the curbs were removed.

Due to new cases recorded, at least two main districts of the city, Wuchang and Hankou, have sent notice of the campaign on a door-to-door basis to residents and sent out online questionnaires through community workers to seek information about tests people have had, and if they belong to what are deemed as high-risk groups.

The Wuhan government earlier said the city had 53 laboratories to process tests, and 211 locations where nucleic acid tests can be done.

There are 12 high-risk groups and they consist of confirmed, asymptomatic coronavirus cases, their close contacts, people with a fever, school, medical, transport, bank, supermarket and government workers, people coming back from overseas, and those who plan to leave Wuhan for work.

The Wuchang district in its notice said it aims to test all residents, but stressed testing for those in the 12 categories “must reach 100%”.

It was not clear when the tests would be conducted in Wuchang, but some residents of Hankou said testing had started.

Wuhan has accounted for over 50,000 cases of the total coronavirus figure in China which is nearly 83,000 confirmed infections. This figure does not include asymptomatic cases.

Authorities say more than 3,800 people in Wuhan have died from the virus which is about 80% of China‘s fatalities.

Sex Trafficking Trial: R. Kelly Not Expected To Testify In Defence As Prosecutors…

COVID-19: China To Test ‘All Residents’ In Wuhan As Cases…