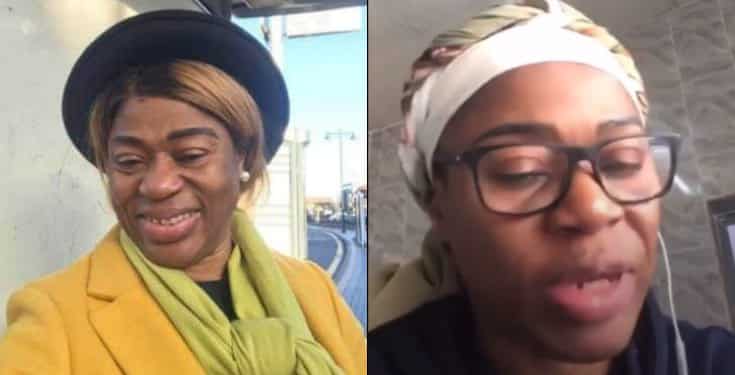 This was revealed in a new video shared by Okpe, saying she is finally leaving the isolation centre after being “detained” for “58 days”.

Susan Okpe had been in the news for almost two months when she returned from the UK to Benue State. According to her first video, she felt ‘jet lagged’ after her flight and went to the hospital for checkup, only to be told that she is positive for coronavirus. Okpe, however, said no official test result was presented to her.

She was then transferred from the hospital in Benue to isolation centre in Abuja where she was for 58 days, without showing any symptoms of the virus.

On three separate occasions, Okpe made videos of herself calling for her release from isolation centre despite the minister of health, Osagie Ehanire stating that tests carried out on her came out positive.

All through her stay in the isolation centre, Susan Okpe insisted that she is not positive and refused to take medications unless she is shown the “real” result of her test.

She insisted the result she was presented with were not hers as the personal information on it were allegedly false, including her age and date of admission.

Okpe also refused to take another test that will confirm if she is actually negative for the virus.

In a new video which surfaced on the internet today, she said she was eventually released after she met World Health Organization’s requirements.

In the video, Okpe said;

I’ve just been given my test and they said I’m still positive, but I can go, that I’ve met the WHO requirements.  I’m finally leaving the detention centre. I’m leaving the incarceration center.

Her discharge comes just a day after her children took to Instagram to call on the Ministry of Health and the NCDC for the release of their mother.

Watch video of discharged Okpe below;