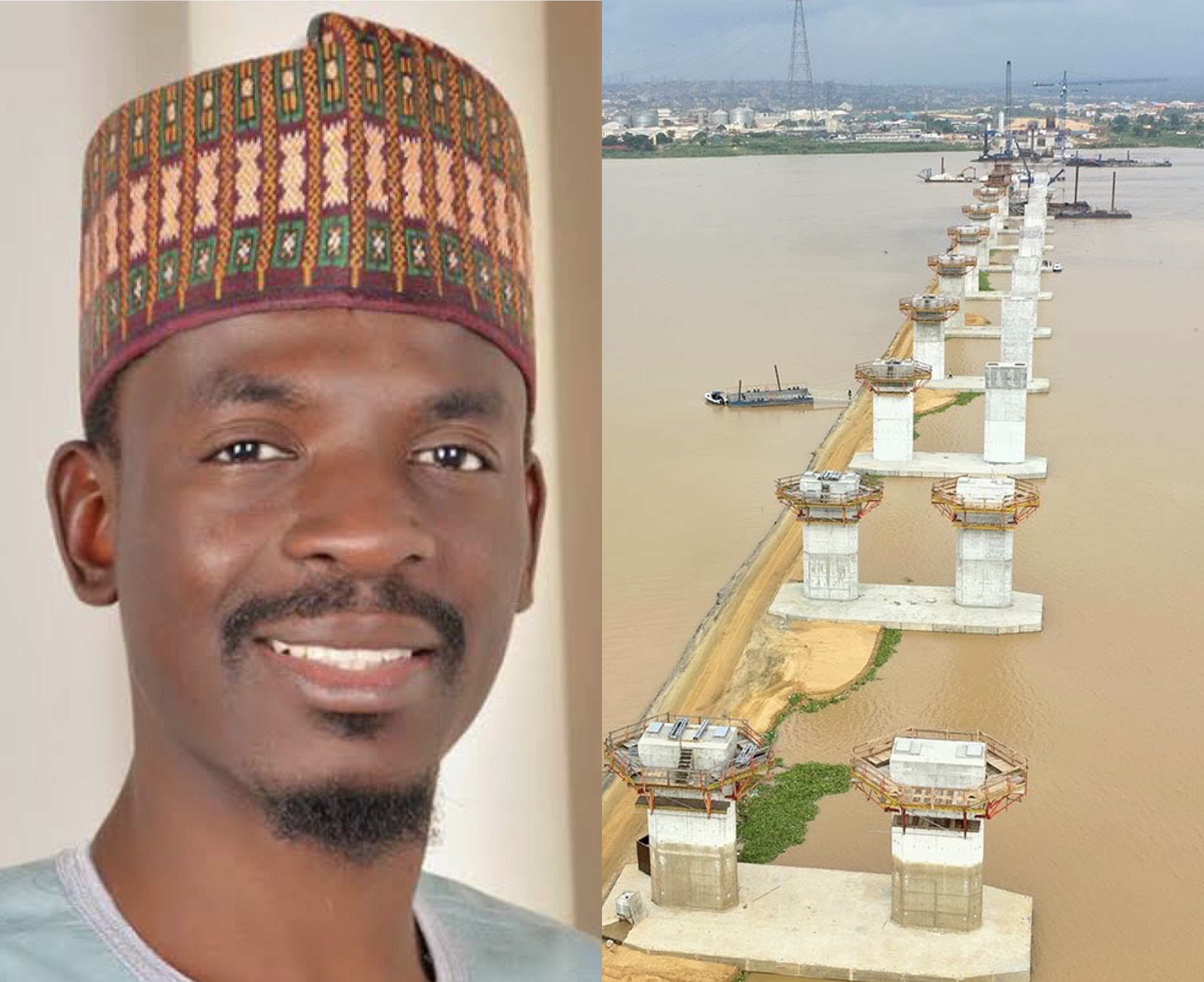 Bashir Ahmad, the Special Assistant on New Media to President Buhari, has come under fire for his recent comment about the ongoing construction of the Second Niger Bridge.

On May 17th, Ahmad on his official Twitter wrote;

When the Second Niger Bridge is completed, it will be a gift that will keep the President @MBuhari’s administration in the minds of millions Nigerians for a very long time. #PMBAtWork pic.twitter.com/uylfbQSRRP

If completing the Niger Bridge is a GIFT to Nigerians from the President (according to Sir Bashir) then what exactly are the responsibilities of the President?
Ghosting and Modeling?

The kind of accolades Bashir and co and looking for, you will think that this 2nd Niger bridge is a new one and not the same one they claim to have be working on for the past 5yrs. 2nd Niger Bridge starting to look like Amaechi’s monorail abi Lagos’ light rail project.

In one tweet, @NekkaSmith said, “Nigeria’s money! Not Buhari’s gift. Nigeria is bigger than one man.”

Bashir Ahmad said the Niger Bridge is a gift to Nigerians from the President. This present government is doing the most, making the citizens see their entitlements as a “Gift”.
Very soon they will say Electricity is a gift to us too..

Alexa play me “Nonsense” by whoever sang it

Bashir said the Niger Bridge is a gift to Nigerians from President Buhari, so providing basic infrastructures from Federal government is now a gift to Nigerians, chai Nigerians don suffer, when it’s not that the money is coming from Buhari’s cattle farm, gift kor, souvenir ni.

Bashir Ahmad said the construction of Niger Bridge is a gift to Nigerians from President Buhari. Of a truth Mediocrity is celebrated in this part of the world.

They add one brick/yr to the 2nd Niger Bridge

Writes his praises to Czar #Buhari

Apparently laughing his ass out, at our foolery

With the way things are going if Buhari gives us 24Hour Light with our own Tax that we are paying, Bashir will ask us to Worship him for giving us the “Gift Of Life” 🤦‍♂️

This Bashir guy always loves talking in the nonsense on behalf of his boss, Buhari.

So construction of the 2nd Niger Bridge and provision of other basic infrastructures is now seen as gifts to Nigerians.

Kai, I blame myself and others who voted for Bubu.

GIFT!!! BASHIR GIFT!!! YOU SHOULD BE CAREFUL WITH YOUR CHOICE OF WORDS …LEADERSHIP IS SERVICE TO THE PEOPLE NOT OWNERSHIP OF THE PEOPLE OR THEIR RESOURCES….THE WORD “GIFT” SHOULDN’T BE USED WITH REGARDS PUBLIC PROJECTS, YOU CAN DO BETTER. https://t.co/VIyE4sgkNQ

I agree with you, Bashir.

The completion of a basic infrastructure by the President elected by the citizens would be a big gift for Nigeria.

Don’t mind these ungrateful lots. They don’t know how lucky we are to have Buhari, who has made our economy the envy of other Nations. https://t.co/jatttVayBR

Bashir said when the second Niger bridge is completed, it will be a parting gift from Buhari to us🤣

Sometimes, its just good to laugh because if you say let you vex now, you can say something that will make them think you are a threat to their family

Bashir is the new BOVI

Lmao! 3rd mainland bridge is the 2nd longest in the whole of Africa. It was constructed by General Ibrahim Babangida, but he it’s just boring history today, as over 60% of its users don’t even know that.

You think Buhari will be in our hearts because of a 1.6km long bridge?🤣 https://t.co/vhnAxWWfqa

Bashir Ahmad said the Niger Bridge is a gift to Nigerians from the President. This present government is doing the most, making the citizens see their entitlements as a “Gift”.
Very soon they will say Electricity is a gift to us too..

Alexa play me “Nonsense” by whoever sang it

Pic 1 – 2015: President Goodluck Jonathan & NOT FG “Commissioned” the COMPLETED MAP of 2nd Niger Bridge and claimed to have spent ₦10billion on it.

Second Niger Bridge is the most politicized project in the history of Nigerian projects. Every government that comes allocates funds for it, erect a few pillars then take peng pictures for the gram and come on social media to claim indaboski bahose of South East. Clowns.

The Second Niger Bridge project was initiated by the former President Goodluck Jonathan during his administration.

The vision has been sustained by the present government of President Buhari and over N200 billion has been invested in the project since inception.

The bridge is being constructed across Nigeria’s Niger River and will span from Asaba to Ozubulu and Ogbaru areas.

It is also being managed by the Federal Ministry of Power, Works and Housing jointly with the Nigerian Sovereign Investment Authority.

See photos from the construction below; 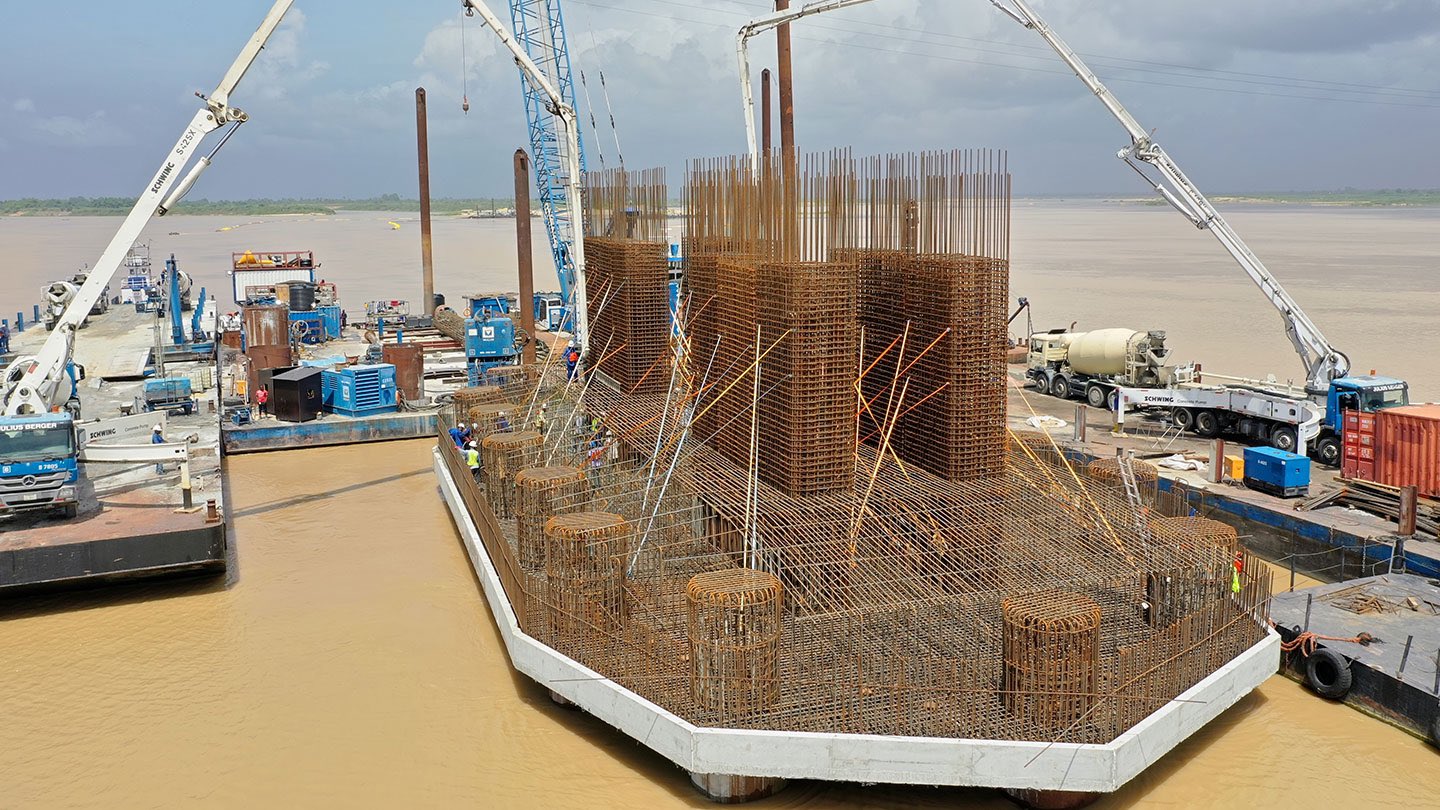 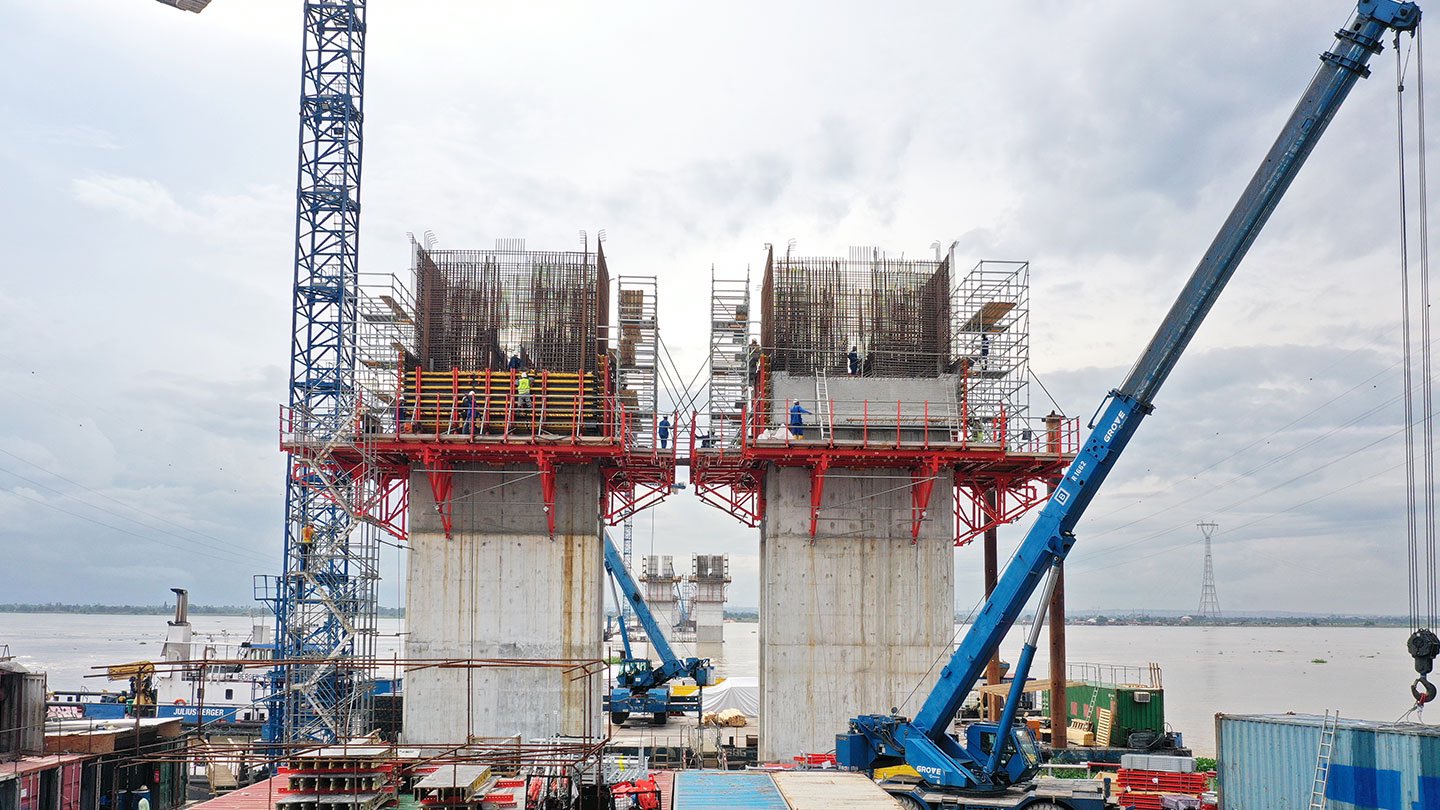 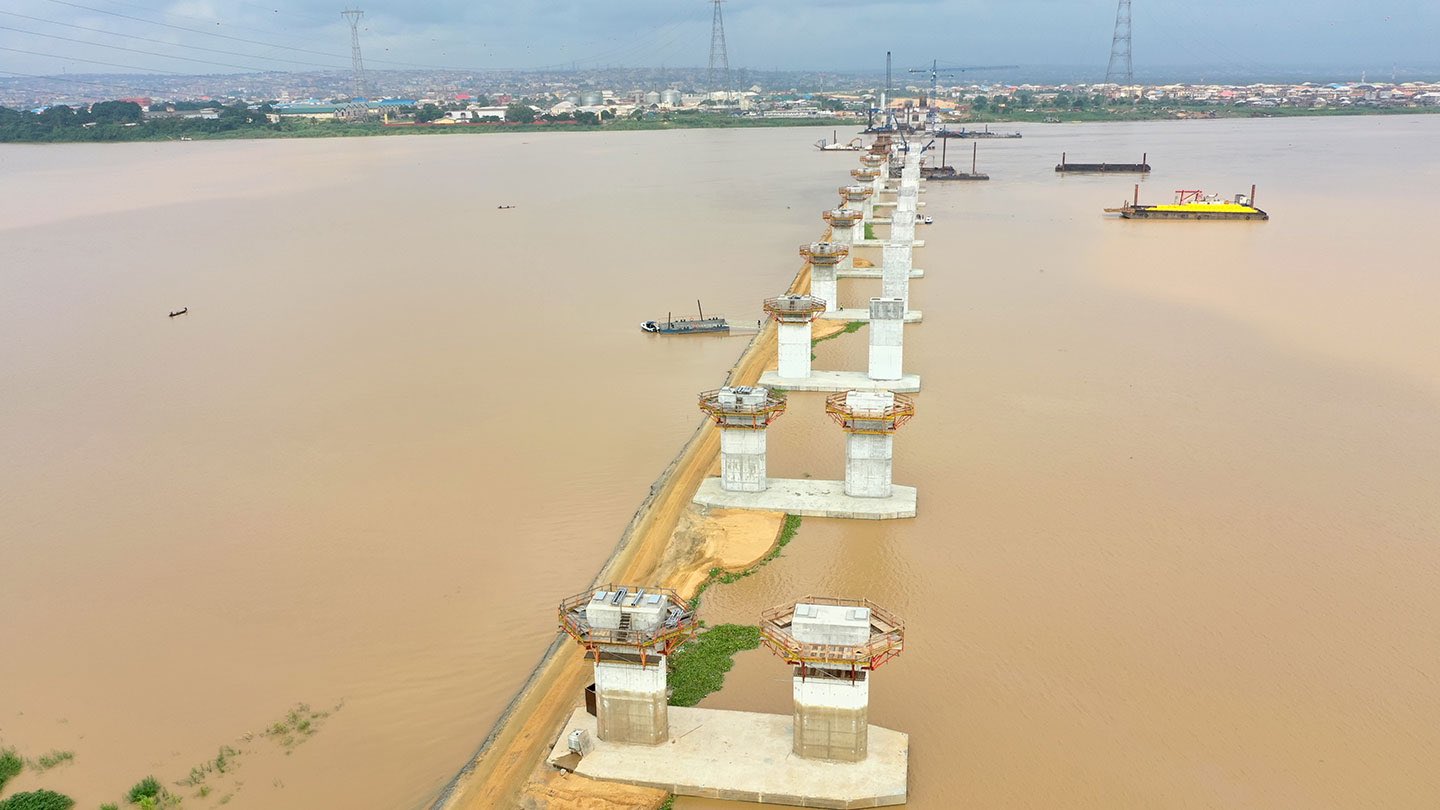 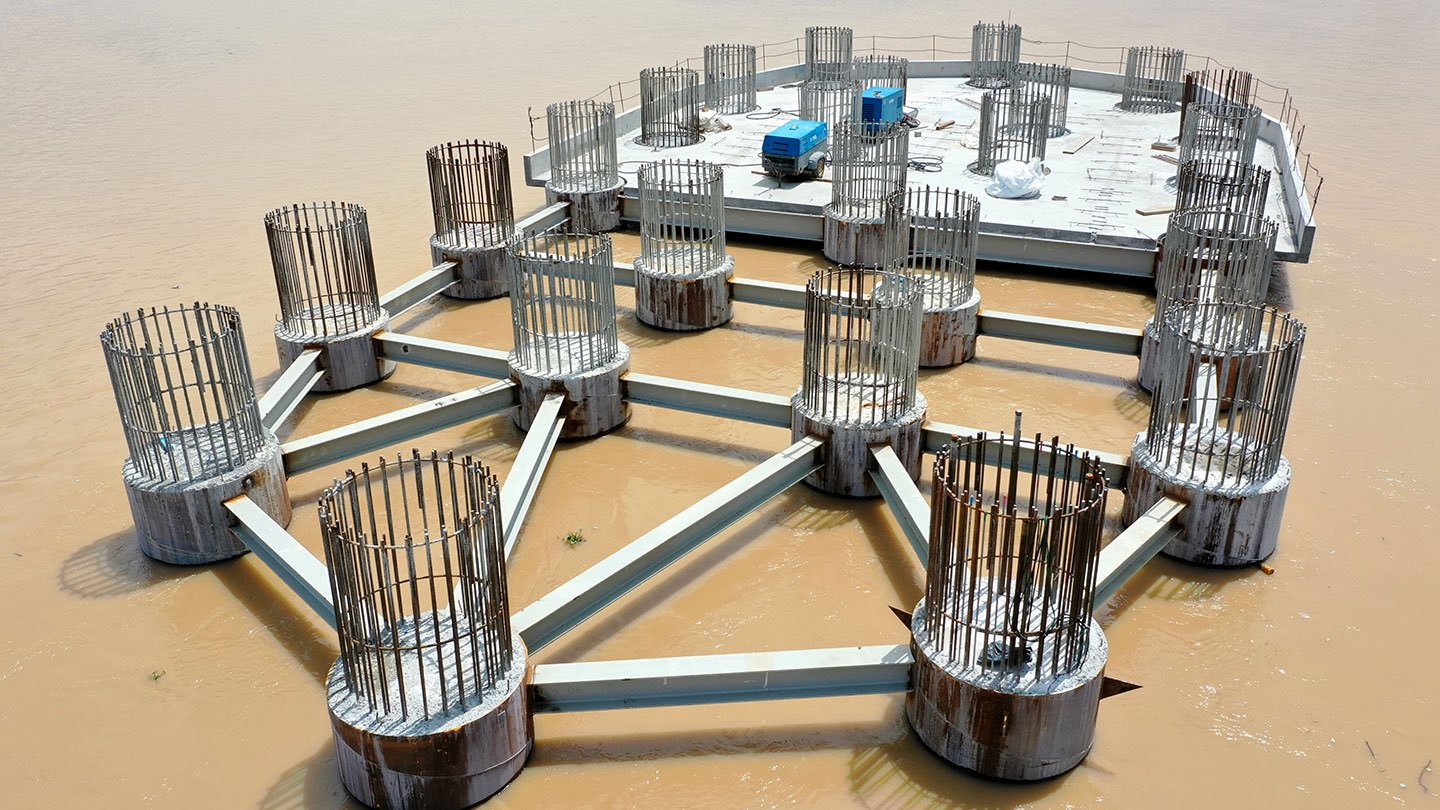