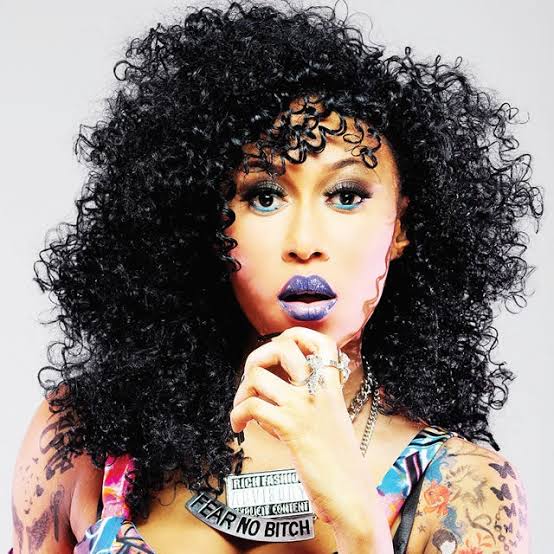 Dancehall artiste, Cynthia Morgan ‘Madrina’ has written an open letter to clear the air following controversies that ensued from her recent interview.

In the Instagram live interview that took place last week, the singer attributed her sudden hiatus from making music to a discord she had with Jude Okoye, the owner of Northside record label she was signed to and her former manager, Joy Tongo.

Cynthia claimed her contract with the label restricted her from using her legal name ‘Cynthia Morgan’ for other activities, causing her to change her name to ‘Madrina’.

She also alleged that Jude Okoye took over her Instagram account, VEVO account and royalties, which led to her being depressed, falling ill for 6 months and moving to Benin.

Read Also: Fans Set To Bring Singer Cynthia Morgan Back To Limelight After Narrating Why She Has Been Off The Scene Since 2017 In Explosive Interview

The interview went viral afterwards and Jude Okoye in his reaction denied Cynthia Morgan’s claims, including restricting her from using her birth name.

He also recounted the things he did to help her become a household name, while she was signed to his label.

The former manager, Joy Tongo, who introduced the dancehall artiste to Jude Okoye, also responded to the allegations.

She slammed Cynthia for lying and seeking public sympathy with her ‘emotional story’, adding that the singer owes her $30,000 and owes Jude Okoye 40 million naira.

Jude went on to share a copy of the singer’s contract, which revealed that she lied about many of her allegations, causing an outrage on Twitter with the hashtag #SoCynthiaMorganLied.

In the letter, she insisted her allegations are true, adding that she only shared her story ‘as it happened from my own point of view.’

She thanked Davido who reached out to her for a music collaboration. Cynthia appreciated Jude Okoye and Joy Tongo for giving a platform to grow her music career.

Additionally, she thanked all the brands who have also shown interest in working with her.

I, Cynthia Morgan, would like to use this platform to appreciate all the love, well wishes and support from everyone showing love to me, my health and my well being.

A huge appreciation to Upfront With Sandra whose platform my story was told.

Appreciation goes out to Davido for reaching out and other brands who reached out.

A lot has happened in the past. I erred, other parties involved had their fair share of blame, but we all make mistakes. I was younger and new in the industry and in retrospect, some things could have been done differently instead of left unresolved.

However in telling my story, I have not lied but only shared my story as it happened from my own point of view.

Also I allowed the hurt & pain from past dealings take over my emotions but moving on.

I appreciate everyone clamoring for my return both online and offline. I’m also asking Cynthia Morgan fans all over the world for understanding and patience on the new journey we are about to embark on.

I won’t take this new opportunity for granted. My heartfelt appreciation once again goes to JUDE and JOY. It is the pain speaking, not Cynthia. Thanks for giving me the platform to grow the Cynthia Morgan brand.

I have learnt the importance of opening up and sharing when one is going through challenges in life as mine is a testament of this.

Appreciation to all media houses and blogs. Thanks for your support and allow me formally introduce THE MADRINA to the world.

“So Cynthia Morgan Lied” – Twitter Users React To Released Record Label Contract Between Singer And Jude Okoye
‘Self Made’ Kylie Jenner Is No Longer A Billionaire, Forbes Says She Inflated Tax Documents, Lied About Company Figures