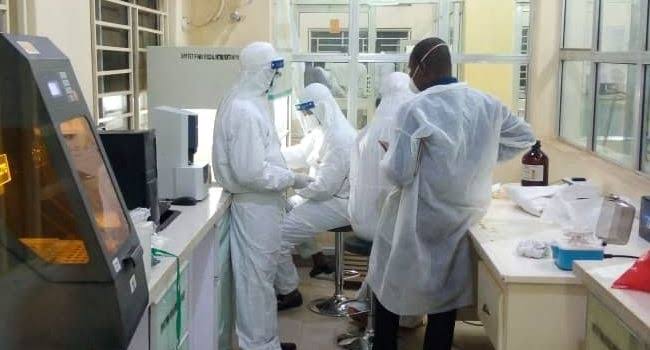 Tijjani Husaain, coordinator of the state’s task force on coronavirus, disclosed this at a press conference in Kano, on Sunday.

He said the infected health workers had contracted the disease the previous week, adding that no medical personnel got infected in the last few days.

Husaain stated that the virus transmission has reduced among health workers following “prompt actions” of the state government.

He expressed that the state has recorded 576 confirmed cases of the disease, out of which 32 patients have been discharged, while 21 fatalities have been recorded.

Between Saturday and Sunday, 29 of the 84 samples collected were confirmed positive to the virus. So far we have collected 2,072 samples in the state.

The coordinator said over 1,000 frontline health workers in the state are undergoing special training on handling the disease.

He urged residents to adhere to the safety protocols such as social distancing, use of face mask and comply with the lockdown directive.

The Kano state chapter of the Nigerian Medical Association (NMA) had also confirmed that 34 doctors tested positive for the virus.

The state confirmed its index case on April 11.

Continue Reading
You may also like...
Related Topics:coronavirus in kano, Health workers, Kano