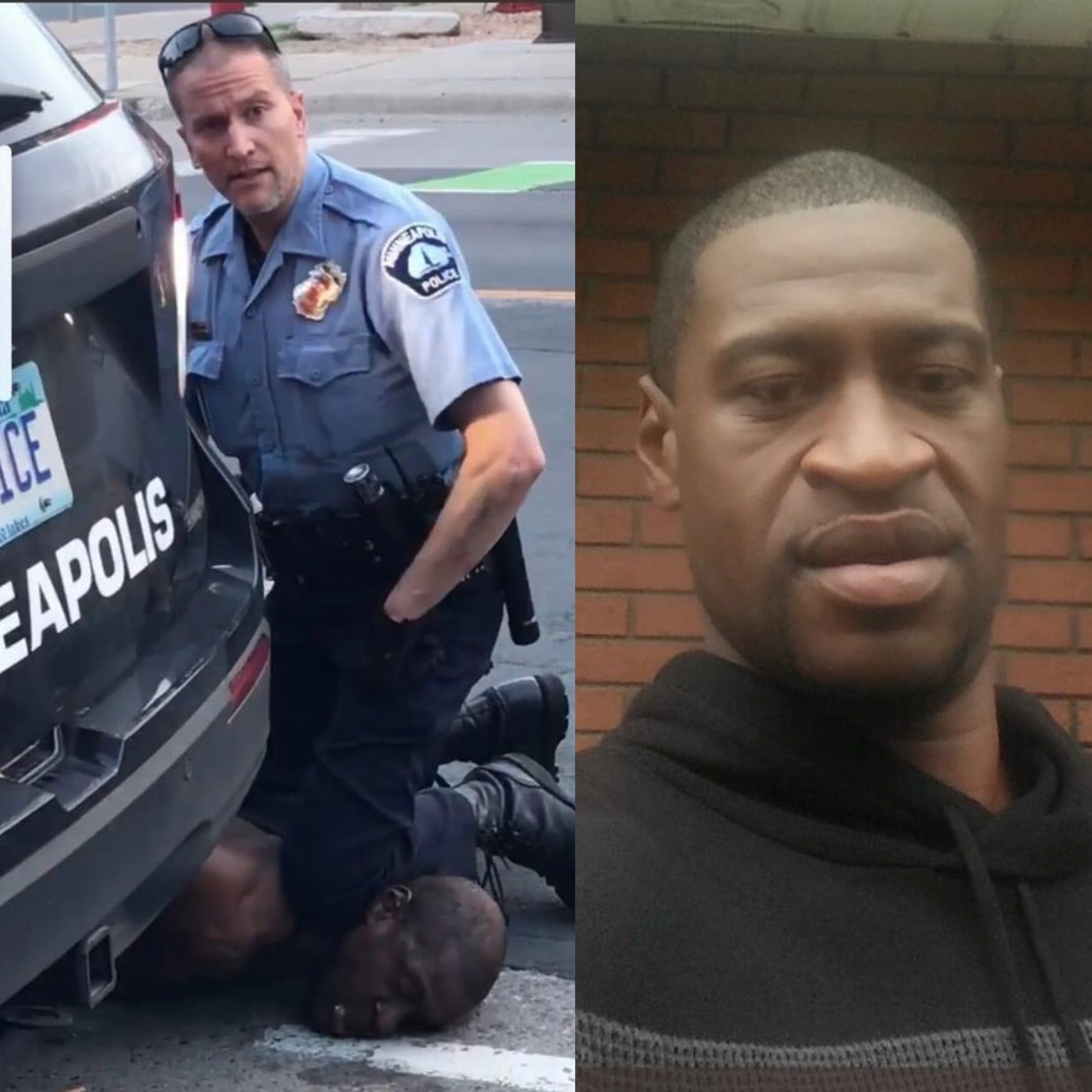 Four police officers in Minneapolis, US have been sacked for their involvement in the death of an African American man, George Floyd, who died after one of the fired police held him down by the throat with his knee, despite saying he could not breathe.

Officials said the Federal Bureau of Investigation (FBI) is currently probing the matter, which sparked racism outrage across the US after a video showing the incident went viral on May 27 across social media platforms.

It has since been trending on Twitter with hashtags – #GeorgeFloyd #BlackLivesMatter #icantbreathe #JusticeForFloyd.

The event took place on Monday evening when the officers responded to a call about an alleged forgery and found the suspect, sitting inside a car.

The man later identified as Floyd was spotted by four police officers, who alleged that the suspect ‘physically resisted’ them when asked to get out of the car.

Based on happenings in the viral video, Floyd was pinned down to the floor by the neck with the knee of a police officer, identified as Derek Chauvin. While three other officers were observing.

While on the ground, Floyd protested saying;

Please I can’t breathe. My stomach hurts, my neck hurts, everything hurts, they are going to kill me.

Despite plea from witnesses filming the event, Officer Chauvin kept his knee intact, till the man became unconscious.

Police added that Floyd died at a hospital after few hours.

A police spokesman, Officer Garrett Parten on Tuesday said the four officers have been ‘separated from employment.’

The technique that was used is not permitted; is not a technique that our officers get trained in on. And our chief has been very clear on that piece. There is no reason to apply that kind of pressure with a knee to someone’s neck.

The officers were fired after outcry on social media, over the racist acts of White police officers against African Americans.

This online protest has since escalated into protests on the streets of Minneapolis, as many call for justice for the gruesome death of Floyd.

Watch video of incident below;

So unfortunate indeed, a citizen being murdered broad day light by the same people who are supposed to protect him and offer security. Its 2020 and some people are so inhuman to this extent. So painful indeed 😣😣😣.#BlackLivesMatters#GeorgeFloyd#icantbreathe pic.twitter.com/3NsY1Vr4xl