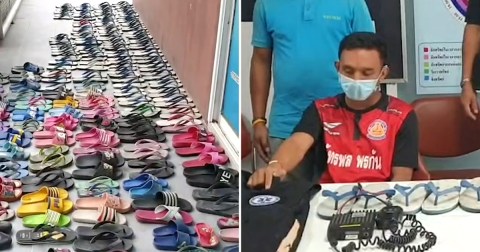 A 24-year-old man has been arrested in Thailand for allegedly stealing his neighbours’ shoes in order to ‘have sex with them.’

Police said the man, Theerapat Klaiya, has a fetish for flip-flops and was found with about 126 pairs that he had stolen from locals in Nonthaburi, central Thailand, DailyMail reports.

Officers found Klaiya through footage from CCTV set up outside his last alleged victim’s home.

When police searched the man’s home, they found his sprawling collection of shoes that he claimed to have been collecting for more than two years.

According to Klaiya, he would wear the flip-flops around his home as it ‘turned him on sexually’, police claimed. 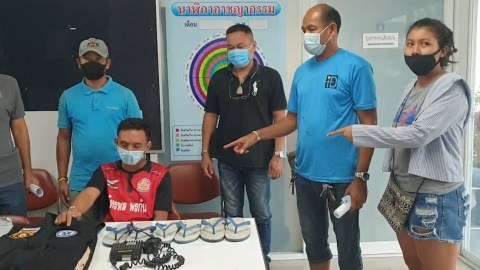 He allegedly told officers that after several hours of wearing the flip-flops, he would cuddle, kiss them, strip off and rub them on his body, before ‘having sex with them’.

Police said his collection included dozens of different brands, sizes and colours of shoes, all of them well worn.

The vast array of footwear was laid out in front of the Nonthaburi police station as part of a press conference on Monday. 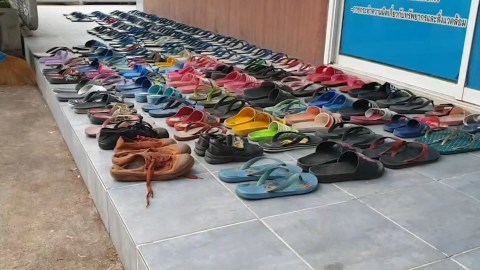 After we arrested the suspect, we also found out that he had already been arrested last year for stealing flip-flops in another district.

He fully admitted stealing the sandals for lewd purposes, so will be detained at the station until a court appearance for prosecutors to decide on the next part of the legal process for him.

Heartbreak: Chinese Woman Sends Cheating Boyfiend 1,000 Kilos of Onions Because “It’s His Turn to Cry”
Court Awards French Man $45,000 After Suing Employer Over ‘Boring Job’ That Made Him Depressed