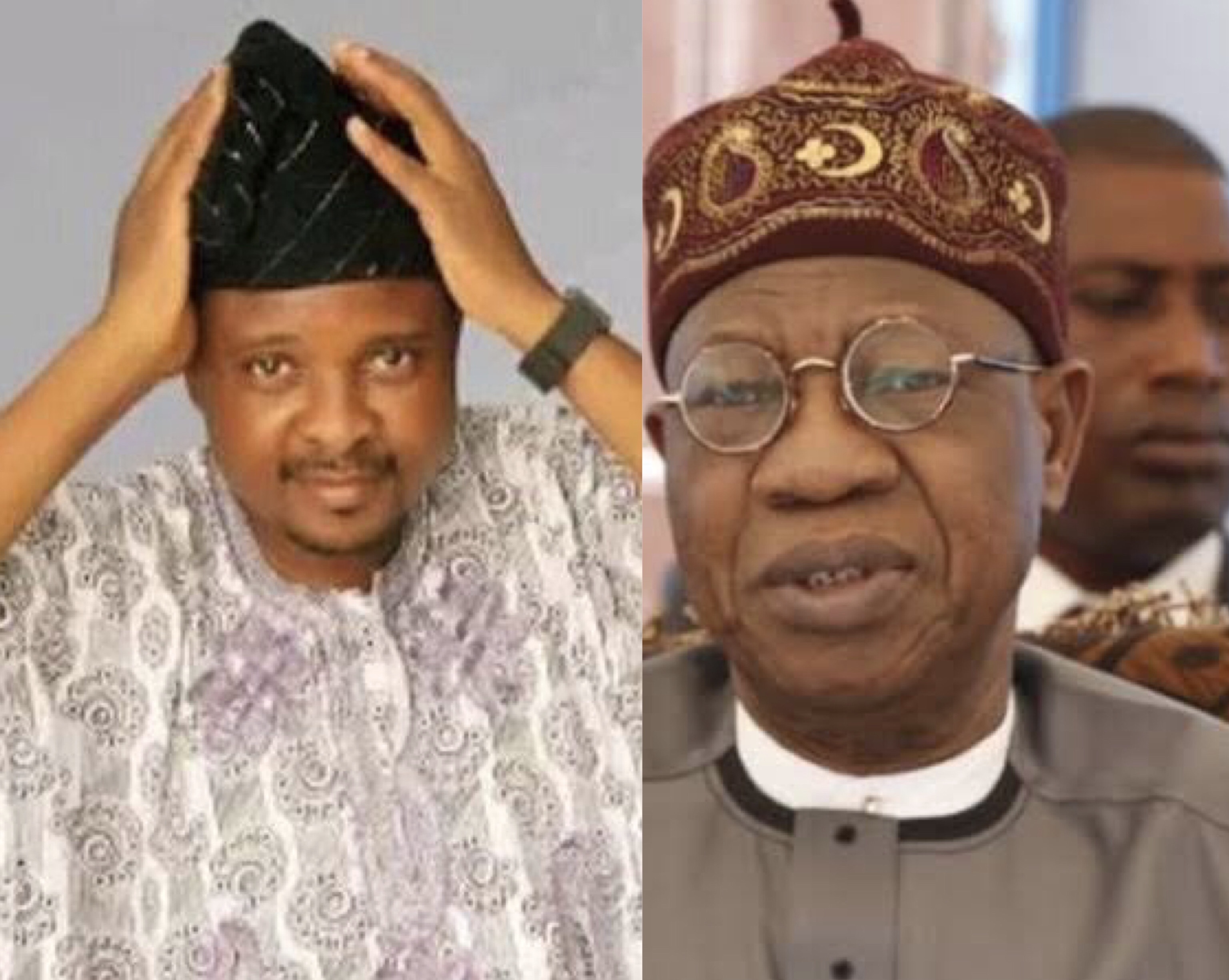 Nigeria Police Force has charged a journalist, Rotimi Jolayemi popularly known as Oba Akewi, to court for acting in a manner that can incite ‘annoyance’ and ‘hatred’ towards the Minister of Information and Culture, Alhaji Lai Mohammed.

It would be recalled that the Chairman of Freelance and Independent Radio Broadcasters Association of Nigeria (FIBAN), Olu Olugbade, had on May 19th confirmed the arrest of Jolayemi, who is the Vice President of the association, Osun state chapter.

Olugbade revealed that the journalist was arrested for recording an eight-minute audio critical of the minister and released via WhatsApp.

Jolayemi has now been charged following his detention for 17 days and about five days after Mohammed through his spokesman, Segun Adeyemi, denied ordering for the arrest of the journalist.

In the charge sheet marked, FHC/ABJ/CB/104/2020, the police alleged that Jolayemi on April 14, 2020, shared an audio file in a Whatsapp group which subsequently went viral, The PUNCH reports.

In the charge sheet signed by the Prosecuting Counsel, Prosecution Section, Joseph Offor, the police said the act is in contravention of Section 24(1)(b) of the Cybercrimes Act 2015.

That you, Jolayemi Oba Akewi, male, aged 43 years on or about the 14th day of April 2020 at Osolo Compound EKan Nla, Kwara State, within the jurisdiction of this honourable court did send audio message through your android phone device to a group Whatsapp platform known as ‘Ekan Sons and Daughters’.

This went viral immediately after it was posted for the purpose of causing annoyance, insult, hatred and ill will to the current Hon. Minister of Information and Culture, Federal Republic of Nigeria, Alhaji Lai Mohammed and thereby committed an offence contrary to Section 24(1)(b) of the Cybercrimes (Prohibition, Prevention etc) Act 2015.

During the week, Committee for the Defence of Human Rights said Jolayemi was being illegally detained at the Federal Investigation Bureau of the Nigeria Police Force, Abuja, for reciting a poem on air which opposed the minister.

CDHR in a statement by its National President, Dr. Osagie Obayuwana, on Monday, condemned the act, saying the detention is in contravention of Section 35 of the 1999 Constitution.

Mr. Jolayemi is said to have been arrested by the police at the instance of the Minister for Information and Culture, Alhaji Lai Mohammed, on account of a poem read over the radio, considered critical of the minister.

It is worrisome that Alhaji Lai Mohammed would have a hand in the arrest of the wife of Mr. Jolayemi, Mrs. Dorcas Jolayemi, and two of his brothers who were kept in detention for eight days, nine days and two days respectively as hostages, while the journalist, Mr. Rotimi Jolayemi was being sought.

Furthermore, that even since Mr. Jolayemi surrendered himself to the Police Headquarters at Illorin, Kwara State on May 6, 2020, he is still being held till date, 12 days later, without being charged to court or granted bail.

The CDHR stressed that detaining the journalist’s relatives because of his refusal to show up was in violation of Section 7 of the Administration of Criminal Justice Act, which forbids hostage-taking and the arrest of any person in place of another.

COVID-19: “Their Irresponsibility Cost Lives” – Chimamanda Adichie Criticises US, Brazil Presidents For How They Are Handling The Pandemic