National Aeronautics and Space Administration (NASA) astronauts Jessica Meir and Andrew Morgan, along with Russian cosmonaut Oleg Skripochka have returned from space to a coronavirus-ravaged earth on Friday morning.

👨‍🚀 👩‍🚀 👨‍🚀@AstroDrewMorgan, @Astro_Jessica and Oleg Skripochka of Roscosmos are safely back on Earth from their mission on board the @Space_Station, after their Soyuz spacecraft landed at 1:16am ET: https://t.co/2ClaTfrc5L pic.twitter.com/lhOZj6cts8

NASA said the Soyuz capsule carrying the trio made a parachute-assisted landing at 1:16 a.m. EDT in Kazakhstan.

Morgan, Meir and Skripochka were met by Russian recovery forces and NASA medical officers who assisted them out of the spacecraft and administered initial health checks. 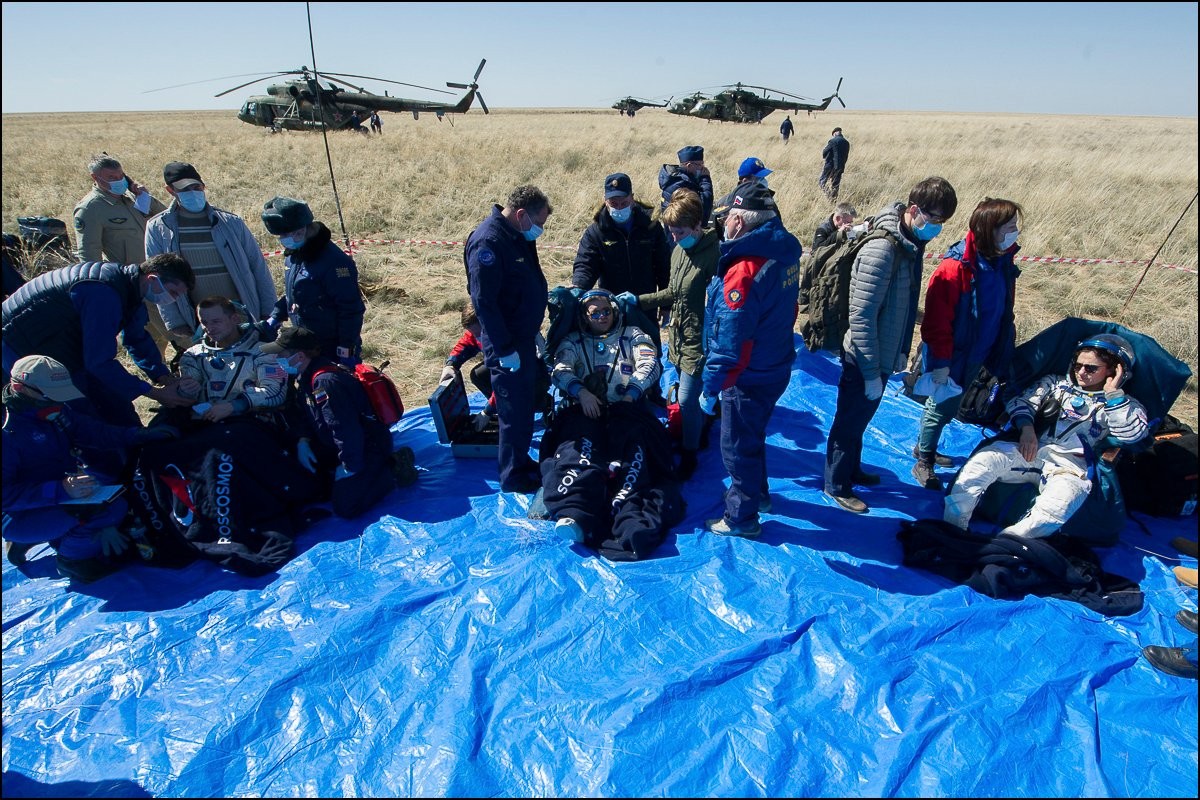 Seated in chairs just outside of their spacecraft, the crewmates looked to be in good spirits.


Russian officials said they took stringent measures to protect the crew members amid the pandemic.

NASA in a statement explained that;

Morgan’s extended stay in space will increase knowledge about how the human body responds to longer-duration spaceflight, through the various investigations he supported, including the Fluid Shifts study.

Morgan also conducted seven spacewalks – totaling 45 hours and 48 minutes – four of which were to improve and extend the life of the station’s Alpha Magnetic Spectrometer as it looks for evidence of dark matter in the universe.

As of Friday morning, more than 2.18 million coronavirus cases have been diagnosed worldwide, at least 671,425 of which are in the U.S.