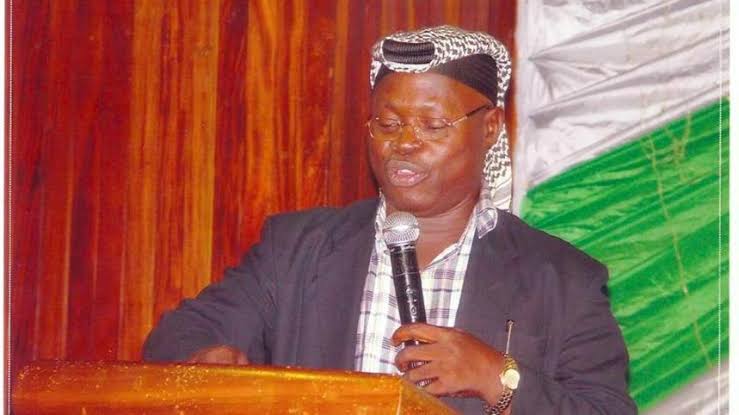 Muslim Rights Concern (MURIC) has said the unusual death toll in Kano state could be “a deliberate attempt” at decimating the population of Muslims in Nigeria.

Kano State has seen a spike in mystery deaths in one week amid COVID-19 threats.

With limited resources nationally and low capacity to test, authorities are yet to determine whether COVID-19 caused the deaths.

Public concerns have arisen over the situation in the state, with the State Governor Abdullahi Ganduje constantly seeking help and accusing the Federal Government of neglect.

While speaking, he connected the deaths to a religious angle, warning that the deaths is a threat to Nigerian Muslims in the state.

More disturbing is the rumour that the National Centre for Disease Control (NCDC) in the state has locked up its offices and its officials are not responding to distress calls.

The only testing centre in Kano which is situated at the Aminu Kano Teaching Hospital has also been allegedly locked up. So where did NCDC get its figure on Kano? Something is fishy here. We are surprised that testing centres are almost nonexistent in the North. Is this a deliberate attempt at debilitating Northern population with its attendant impact on Muslim majority population in the country?

We, therefore, demand an inquiry into circumstances surrounding the alleged closure of NCDC office in Kano State as well as the paucity of testing centres in the whole North. Nigerian Muslims are currently enjoying a majority status in the area of demography. We must avoid anything capable of decimating our population.

He however urge Kano citizens to break the cycle of the virus by strictly obeying rules set by health officials, particularly social distancing, washing hands regularly with soap, using sanitizers and staying at home.

Above all, the government must be vicious to be triumphant. Violators of lockdown rules must be dealt with according to the law while the lockdown on Kano must not be lifted until the rate of death slows down to a reasonable level.

Akintola is a professor and founder of MURIC set up for the protection and promotion of the rights of Muslims in Nigeria, Premium Times reports.

But contrary to his claim, there is no data indicating which religion has more followers in Nigeria.

In last census in the country which took place in 2006, the National Population Commission did not collect data on religious affiliations.

Akintola under the aegis of MURIC is known for being an alarmist in his numerous claims.

It would be recalled that in January, the MURIC boss stated that the Amotekun, a south-west security initiative is “an ostensibly anti-Muslim security network coming into operation in Yorubaland.”

In 2018, the MURIC Director requested for a ban of Nigerian artiste, Falz’ ‘This Is Nigeria’ music video which had Muslim ladies on hijab dancing.

He had also called for the shut down of 2019 edition of the reality TV show ‘Big Brother Naija’, claiming the show was immoral and dangerous for public viewing.

Nigerians React To Photos, Videos Of Prophet TB Joshua Praying On The Mountain Against Coronavirus