Rocky Johnson, member of the WWE Hall of Fame and father of Dwayne “The Rock” Johnson, has died on Wednesday at the age of 75.

Johnson, born Wayde Douglas Bowles in Nova Scotia in 1944, began his wrestling career at the age of 16 and became a top star in the National Wrestling Alliance (NWA) in the 1970s.

WWE is saddened to learn that Rocky ‘Soul Man’ Johnson, a WWE Hall of Famer, former World Tag Team Champion, and father of Dwayne ‘The Rock’ Johnson, has passed away at age 75.

WWE is saddened to learn that WWE Hall of Famer Rocky Johnson has passed away. https://t.co/9uxrICJKxb

Tributes have poured in from the world of wrestling after Rocky‘s passing.

I am so sorry to hear of the passing of the great Rocky Johnson. Always a gentleman, I always enjoyed talking with him. My deepest condolences to his family, friends, and the fans who loved him. A very sad day for wrestling. 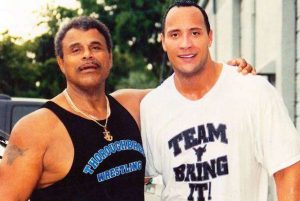 Wrestler, Triple H sent out his condolence on Twitter saying;

A loss for every fan of @WWE, Rocky Johnson was a barrier-breaking performer. Our thoughts are with his family at this time.

Johnson retired from wrestling in 1991 and trained his son, Dwayne, to be a wrestler.

Upon his WWE debut in 1996, Dwayne Johnson took the ring name Rocky Maivia in honor of his wrestling roots before re-imagining himself as the Attitude Era heel known famously as The Rock.

In 2008, Rocky Johnson was inducted into the WWE Hall of Fame. 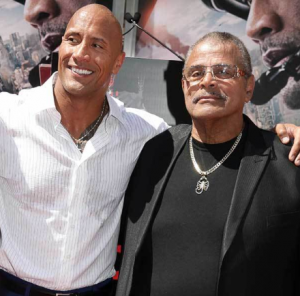 At press time, cause of death remains known.

Johnson is survived by his sons, Dwayne and Curtis, and his daughter, Wanda.