Tributes to NBA legend, Kobe Bryant who died on Sunday in a plane crash have been pouring in.

Important figures and fans across the sporting world, as well as from NBA players and other superstar athletes have all taken to social media to pay their tribute.

On Twitter, fellow Lakers legends, as well as former teammates of Bryant, shared their own heartfelt tributes.

See some of them below: 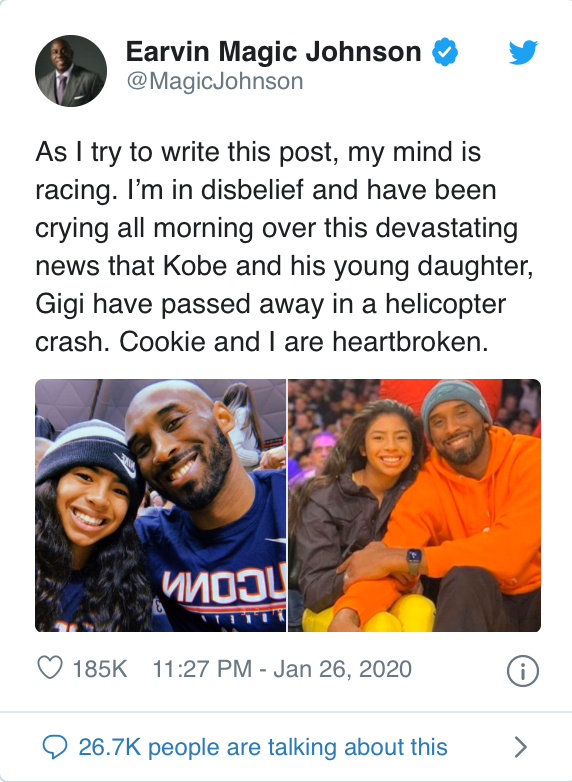 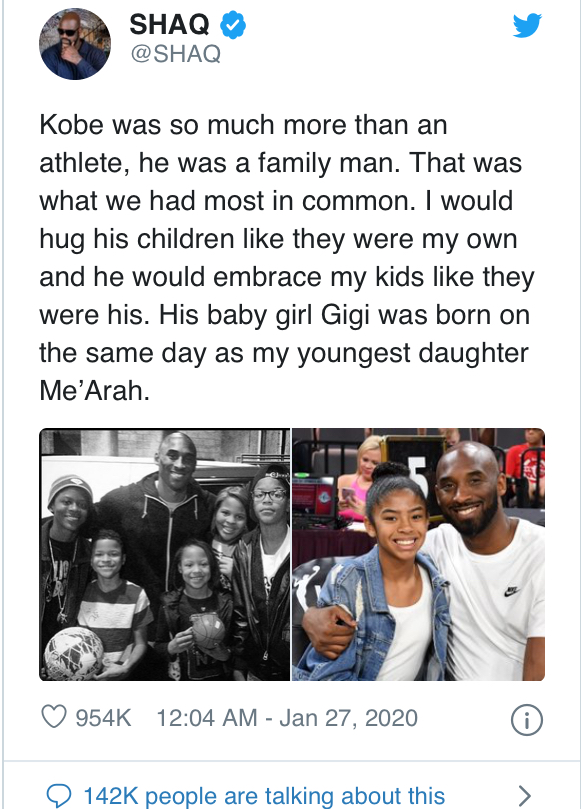 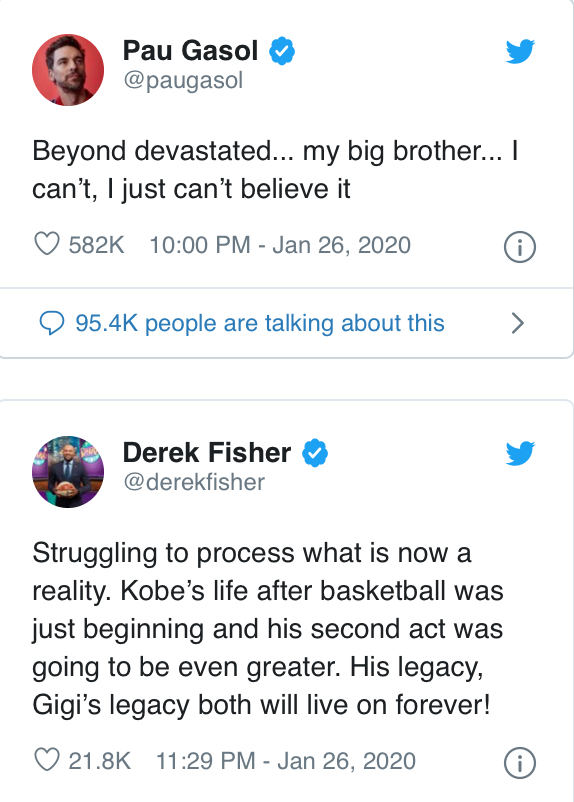 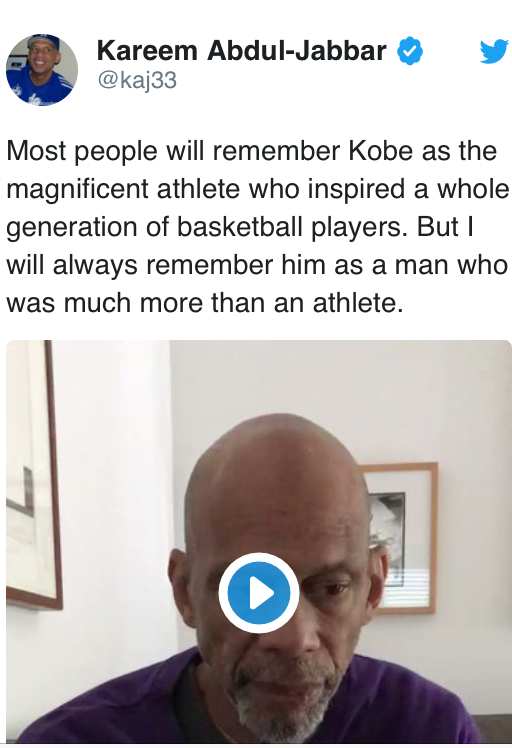 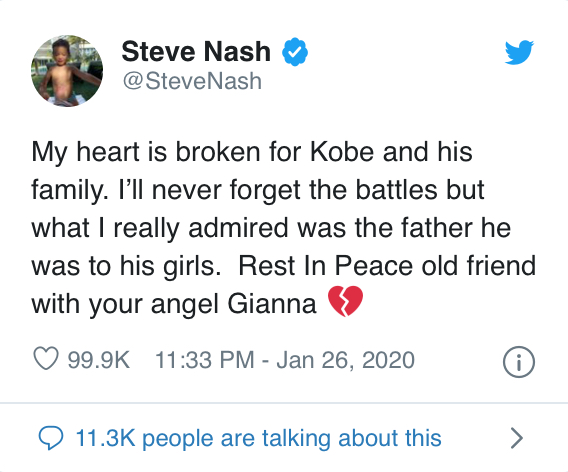 While the Lakers were not in action on Sunday, other teams playing around paid tribute by letting the 24-second shot clock run out to start the game in honor of Kobe, who wore no. 24 through the latter half of his career with the Lakers.

Renown Basketball player LeBron James, who on Saturday had just surpassed Bryant’s record to take third place on the NBA all-time scoring list, broke down in tears following the death of his friend and colleague on Sunday.

Bryant was killed alongside his 13-year-old daughter Gianna and seven others in a helicopter crash outside the city of Calabasas, which is situated to the west of Los Angeles.

James was a close friend of Bryant and footage from 12News caught the heartbreaking moment when the 35-year-old broke down in tears shortly after he got off the LA Lakers’ team plane.

When I was a high school kid I was growing up through the ranks when Kobe came into the leagues. It wasn’t a dream of mine to go straight to the NBA from high school at the time but for a 17 or 18 year old to make that leap, that’s pretty damn cool.

As I started playing more ball and went into high school the things he was doing on the floor I admired and wanted to be a part of. I went to camp and he came to speak to the kids and I was just listening. I was tried to soak everything up that I could.

I can remember one thing that he said. He said that if you want to be one of the greats you have to put the work in. There is no substitution to work. I was a 15 year old kid at that camp.

In 2001, I was playing in New Jersey and the All-Star team was playing in Philadelphia. That Saturday me and Maverick drove to the Intercontinental in down town Philly and he gave me a pair of his shoes which I ended up wearing the following night. I was a 15 and he was a 14 but I wore them anyway.

I just sat and talked to him for a little bit. When I got drafted I still admired him, seeing what he was able to accomplish and winning Championships.

As competitors, just watching the work ethic he put into his game. He has zero flaws offensively. I admired that he was in a place where defenses were at bay and couldn’t guard him at all. He was immortal offensively.

It was a dream come true to line up alongside him after admiring him for so many years.

To make a long story short, I’m now in a Lakers uniform, in Philly where he is from, and where I first met him. It is unreal. It makes no sense.

The universe puts things in your life and when you are living the right way things happen organically. I am happy just being in any conversation about Kobe Bean Bryant.

He is one of the all-time greatest ever basketball players to play one of the greatest Lakers – the man had two jerseys hanging up at Staples Centre.