The Founder of Oko-Oloyun Worldwide and De-Fayus International, Alhaji Fatai Yusuf (Aka Oko Oloyun), has been shot dead on Thursday by unknown gunmen.

The murder of Yusuf, manufacturer of widely-sold herbal products like Fijk Flusher, who was said to have been traveling to Iseyin, Oyo State was confirmed by Oyo State Police Command.

It was gathered that other road users were scampered for safety after hearing the sound of sporadic gunshots. 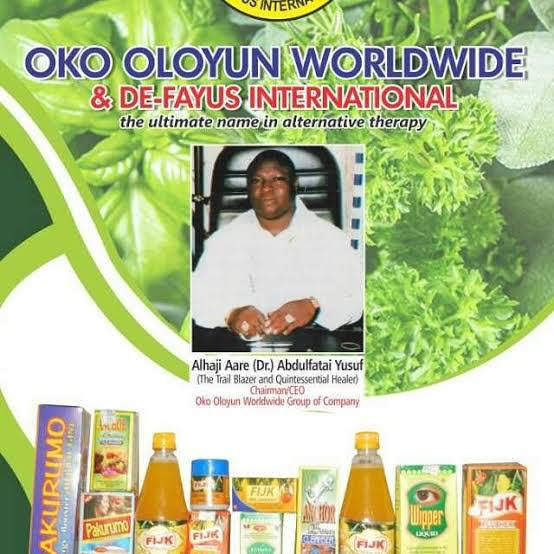 According to him, the Commissioner of Police (CP) Shina Olukolu had visited the scene of the incident with some deputy commissioners for an on-the-spot fact-finding mission.

The PPRO added that Olukolu has directed a high-powered manhunt for the hoodlums that perpetrated the dastardly act with a view to bringing them to justice.

The assailant reportedly trailed him from Lagos till the point where he was murdered.

The reason for the assassination is yet to be known just as details surrounding his death are also still sketchy.

Yusuf, who until his death was the President of the Physiotherapists’ Association of Nigeria.