The Department of State Security Services (DSS) has on Tuesday arraigned Kabiru Mohammed, who is allegedly behind the viral news of President Muhammadu Buhari’s fake wedding in 2019.

The fake video, which went viral on social media between August and October last year, allegedly showed there was a wedding ceremony between the President and two female ministers.

The female ministers were later identified as the Minister for Humanitarian Affairs, Disaster Management and Social Development Sadiya Faruk and Minister for Finance, Hajiya Zainab Ahmed.

The Public Relations Officer of the DSS, Dr Peter Afunaya, confirmed the arrest while parading the suspect at the service headquarters in Abuja on Friday.

While parading the suspect, Afunaya said the Service received a petition from the Finance Minister, Zainab Ahmed, on the 11th of October, 2019 requesting an investigation to unravel the brain or brains behind the embarrassing video and their possible motive(s). 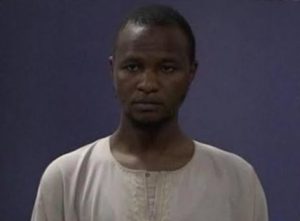 He explained that after months of discreet investigations, operatives of the service apprehended Mohammed who had confessed to initiating, creating and circulating the fake video.

The 32-year-old suspect, who holds a diploma in Hausa and Fulfulde from the Federal College of Education, Kano and also a diploma in Mass Communication from the Aminu Kano Islamic School took responsibility for creating and circulating the videos.

The DSS spokesperson urged Nigerians to exercise more caution in sharing unverified videos and other subversive materials, which were capable of causing disaffection and ill will among the populace.