The suspected killers of Moradeun Balogun, who was stabbed her Gbagada, Lagos State have been remanded by the Magistrates Court in Ebute Meta, on Tuesday.

Moradeun who was stabbed in the neck on her work by the suspects around the NOIC bus stop, Gbagada on December 3 2019.

Some good Samaritans took her to R-Jolad Hospital where she was allegedly denied treatment because of a police report.

It will be recalled that her death led to a Twitter campaign against hospitals refusing to treat wounded patients without a police report.

She was robbed.
She was stabbed on the neck.
She was rushed to the hospital.
She was not treated because a police report could not be provided.
She died in the process.
She gets justice.
We #getjusticeforMoradeun. pic.twitter.com/t3LUbqKL57

Hospitals have been told to treat victims of attacks without a Police report, but they keep defying that order.

We must ensure an example is made of R Jolad Hospital for their inaction which led to the death of Moradeun or else tomorrow, it could be you! #JusticeForMoradeun https://t.co/hzMhPfwkqE

Yesterday at the Mo purple party, I turned back, and I saw the hundreds of people that Mo brought together 😭

I saw laughter, I saw joy, I saw friendships, I saw hugs and kisses going about

Mo, you were a blessing 💜

The allegation was denied by the hospital, whose management claimed that she was assessed by two doctors before she was referred to the Gbagada General Hospital for vascular surgery.

A further report revealed that Moradeun died at the Gbagada General Hospital as a result of losing a lot of blood. 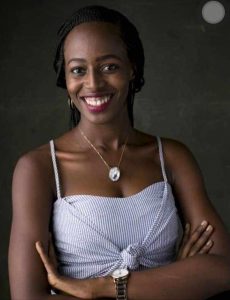 The Magistrate A.O. Komolafe against the plea of the suspects ordered that they be remanded in the Ikoyi Correctional Centre and adjourned the case till January 16, 2020.