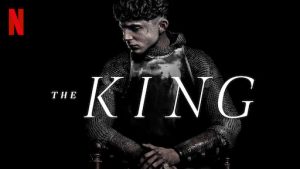 A young King, who never wanted to be King, but was forced by circumstance.

A young King, easily riled, beguiled, with good intentions, whom can he trust?

This review is coming a little late(the movie as been out for a couple of months), but Netflix’s The King is a brilliant master piece.

It tells the story of Young Hal, who had an estranged relationship with his Father, the King of England. As a statement he abandons the throne and through his actions and lifestyle almost renounces his title. But then, cunning and unpredictable, faith comes calling, throwing him suddenly into the difficulties, intricacies and loneliness of Kingship.

As the plot unfolded, Timothee Chalamet who played King Henry V had to revert to old but true friends and allies who helped him win a vital battle, and earn respect as well as foster peace. But just when he thought he had a ally he could rely on, fate came calling, yet again. 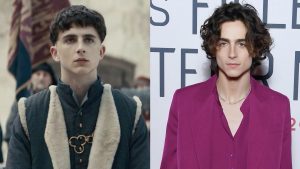 This movie drives home the importance of real friendships and why we need it to have the right people around at all times, especially as we achieve greatness in life. True friends represent the voice truth, which grows weaker and thinner as we climb the ladder of success . They also serve as a buffer between us and our ego and keep us grounded at all times.

I have seen a lot of English themed movies, but The King counts as one of my favourites. The dialogue was brilliant. The screenplay flawless. I worried initially that the grammar and wordage may be too heavy, especially since the movie is based on Shakespeare’s Henriad plays. But this was not the case. The dialogue was constructed brilliantly, stringing together strong words that articulated the thoughts of the characters clearly with outstanding locution. I absolutely loved the lines of the characters but even more their delivery. 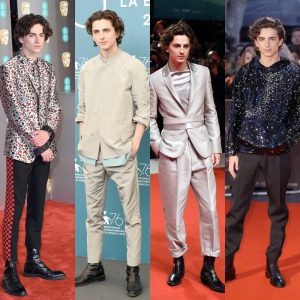 Talking about delivery, WHO IS TIMOTHÈE CHALAMET? I know, I know, he’s done quite a number of movies, many of which I haven’t seen, so don’t blame me for being in awe of the humdinger of a performance he gave here. But even at that, I wager that this is perhaps one of his best deliveries in a movie and one of the most challenging he had ever taken on.

Joel Edgerton who played Henry’s best friend and ally was brilliant , as well as Robert Pattison who played the French Prince. Lily-Rose Depp his wise bride whom we meet at the tail end also proved to be quite a pleasant surprise, but in The King, the King shone. Chalamet went deep within to make himself one with his lonely, torn King character and was incredibly believable. He was indisputably the star of this movie, not just because he played lead, but because his acting was superb. At 23 years old, Chalamet pointedly has many years of glory ahead filled with accolades and awards to be won. He is already an Oscar nominee, and his performance in the King is a clear reminder that he has his head fully in the game, grit and glory. 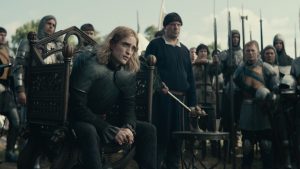 The King will evoke a lot of emotion from you. It will make you think about life, but also have you appreciate great acting and leave you basking in the emotions it will bring to the fore minutes after you’re done watching. Such is the power of this movie, a masterpiece in its own right, one that I think you’d really enjoy seeing.

One of the best movies I’ve ever had the pleasure of watching on Netflix, The King is a rare gem, in a pool of overrated, unimpressionable films. A one of a kind, you’d be glad you saw this movie.