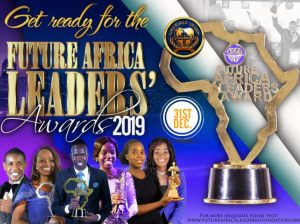 The Former President of Liberia, Madame Ellen Johnson Sirleaf has been announced to be the presenter of the star prize to the winner at the 7th edition of the Future Africa Leaders Awards (FALA) which is set to hold on Tuesday, December, 2019 at the night service of LoveWorld (Christ Embassy) at the LoveWorld Convocation Arena (LCA) Billings way, Oregun, Ikeja.

One out of the ten finalists would emerge as the star prize winner on same night. 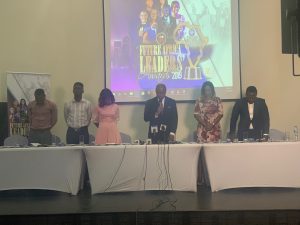 Speaking in a press conference held yesterday in Lagos, one of the Central Executive Council of LoveWorld Inc. Pastor Ambrose Isesele, said the nominees have met all the criteria, including being a registered applicant of the Growth Initiative Award, progressing from basic level to the intermediate, as well as having registered youths through their GIA referral link, and produced 50 graduates from the basic level to the Intermediate level.
Among other criteria, Pastor Isesele said the nominees have demonstrated exemplary leadership potential by impacting no less than 500-1,000 young people through programs and initiatives that empowered young people positively, building them and preparing them to be strong and confident individuals in future.
According to him, the ten finalists and the star prize winner would be announced by the former President of Liberia, Madam Ellen Johnson Sirleaf, the first black female democratically elected President in Africa.
Also commenting on the importance of the initiative, the Snr Executive Officer at FALA, Pastor Dave Ogbaka, said FALA Awards is not a religious agenda, but opened to all African youths irrespective of their religious inclinations as long as the criteria are met.
He said the awards which is in its seventh year is instituted by the Chris Oyakhilome Foundation to identify, celebrate and support young Africans who have demonstrated exemplary leadership by impacting their generation positively through education, youth empowerment and mentoring through other projects aimed at building young people and preparing them for a announces future.
“The ten eventual winners will get $10,000 each while the star prize winner will get an additional $25,000. The money is to enable them enlarge the scope of their humanitarian works and also be able to reach more youths in their various countries,” he added.
The Future Africa Leaders Foundation (FALF), an initiative of the Chris Oyakhilome Foundation, is aimed at exploring and expanding the leadership potentials of African youths has announced the 30 finalists for the Future Africa Leaders Awards (FALA).
Continue Reading
You may also like...
Related Topics:fala