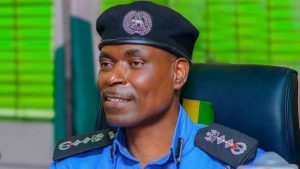 Inspector General of Police, Mohammed Adamu outlined today reforms towards delivering a modern Nigerian Police Force with the launch of a new rule of engagement and the announcement that he has placed an order for tasers or stun guns, to reduce killings of suspects.

Special trainings, he said, have also been lined up for special units of the force such as Police Mobile Force, Special Forces, Counter-terrorism unit, anti-robbery detachments, anti-kidnapping squads and Criminal Investigation Operatives. The reforms were unfolded before the elite of the force at a conference of senior officers in Abuja.

After cataloguing the successes achieved up between August and today in curbing crimes and the arrests of 1151 suspects, 470 of whom are for robbery and 216 kidnapping, Adamu said the force must be seen to be doing its work “within the dictates of rule of law, uncompromising respect for human rights, and best global policing practices”.

“that the sacred lives of the citizens whom we swore to serve and protect are not endangered in the line of our duties. It is in furtherance to this that I initiated actions towards the acquisition and deployment of electro-muscular disruption technology-based weaponry which is commonly known as Taser or Stun Guns for low-risk police operations. This is with the intention of addressing public concerns on misuse of firearms by the Police with its attendant consequences on lives and effect on the attainment of our community policing vision.

“In addition, special trainings are being organised for the Special Units of the Police including the Police Mobile Force, Special Forces, Counter-Terrorism Unit, Anti-Robbery detachments, Anti-Kidnapping Squads and the Criminal Investigation Operatives. This is with the intention of equipping them with the right orientation for policing in the 21st Century and to align their operations within the expectations of the law and the citizens.

“In order to situate our vision in this regard to the standards of democratic policing, which is hinged on the protection of fundamental human rights, it is considered expedient that Force Order 237 which defines our Rules of Engagement (RoE) be reviewed, standardised and simplified.

“I am delighted to announce that with the support of our local and internal partners, we have successfully completed the process of reviewing the document and today, we shall be formally launching the Revised Force Order 237 (RFO) which is not only comprehensive and modernised but simplified for ease of comprehension by all members of the Force. The launch of the first two thousand (2,000) copies of the document will be undertaken in the course of this meeting. “We are immensely grateful to the International Committee of the Red Cross (ICRC), United Nations Office on Drugs and Crime (UNODC), the Swiss Government, the National Human Rights Commission (NHRC) and AIG Austin Iwar (rtd) among others who collaborated with the Nigeria Police towards achieving this feat.