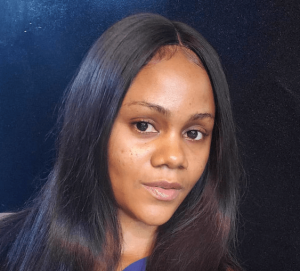 Busola Dakolo, Photographer and wife of singer Timi Dakolo, who recently  did a tell all interview with Ynaija, where she alleged that Biodun Fatoyinbo, the senior pastor of the Commonwealth of Zion Assembly (COZA) church raped her, has revealed how she was forced by the police at gun-point to sign a document countering her rape allegations against the pastor.

She made the revelation in an interview with Guardian UK, where she narrated how she was forced into a van by some armed men to sign another letter.

According to her, she was handed a document containing allegations of “criminal conspiracy, falsehood, mischief and threat to life” to sign under duress.

She added that the contents of the letter were not levelled against Fatoyinbo but against her family.

Busola recalled that a silver Toyota tailed her as she was driving into her Lagos housing estate, and a white minibus with tinted windows already parked outside her house, had no police markings. By the time she got to her gate, the minibus had blocked her path. According to Dakolo, a man appeared and told her to get out of the car, get into the bus and speak to his oga – Nigerian pidgin English for boss.

Dakolo said when she refused, three men got out of the minibus and walked towards her.

“One was holding a gun, and I noticed a second one holding a letter. They told me they were from IG’s [the inspector general of police] office in Abuja and that I needed to sign this letter and acknowledge it,” Dakolo said in an interview with the Guardian.

Dakolo’s description of the two occasions on which Fatoyinbo allegedly raped her, first at her family home and then on the bonnet of his car, shocked Nigerians. It also triggered a backlash both from the pastor himself – he denies the allegations “in every measure” – and from some of the 16,000 members of his church, the Commonwealth of Zion Assembly (Coza).

Dakolo had been hailed as a brave survivor whose speaking out, women’s rights activists hoped, could set off a #MeToo movement in the west African country where patriarchal traditions continue to stigmatise survivors. Now she found herself hounded in a seemingly orchestrated social media campaign.

The charges against the Dakolos were brought by a special police branch in a counter-case filed by Coza, despite investigations stalling on the initial case.

“Our culture doesn’t allow speaking of these sorts of things against anointed men of God,” Dakolo said. “They’d rather hide it, and the party that is being victimised tends to live with that self-blame. The damage on the survivor is extremely terrible. The society, the church, keeps sweeping things under the carpet.”

Fatoyinbo has since returned to the pulpit on Sunday after a month’s absence.

“As a Christian, you must face opposition. If God, who is holy and faithful, has enemies, you are sure going to have,” he told the congregation.

Continue Reading
You may also like...
Related Topics:Busola Dakolo