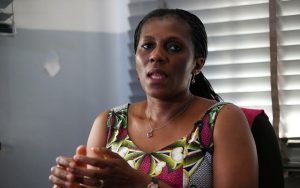 Jumia is currently involved in some issues which arenthreatening its corporate existence. The company is facing class-action lawsuits in the United States as a member of its staff engaged in fraud worth $17.5 million and the company’s financial report revealed that its loss grew by 59.2% in one year.

Jumia’s staff and some members of the Jumia Force (Jumia’s agents) were said to have inflated the volumes of order on the marketplace.

Although Jumia claimed the fraudulent activity didn’t affect its figures in the financial statement, the improper order accumulated to $17.5 million in Gross Merchandise Volume (GMV) value between Q4 of 2018 to Q1 and Q2 of 2019.

Why GMV matters: GMV is the metric used by e-commerce companies to identify the total values of merchandise sold through their online platforms.

Jumia reportedly adjusted its GMV figures for Q2 2018 financial report due to the internal fraud the company discovered.

The fate of the staffs who were involved in the improper orders is not known yet, as the company is still reviewing the case. The suspects have, however, been suspended pending the outcome of the probe.

Why the improper fraud: Such unethical activity is not new in the corporate environment. Workers usually embark on fraudulent activities to meet their companies’ demand/target and navigate through office pressure. One of the most recent was the account scandal that hit one of the biggest banks in the United States, Wells Fargo, in 2016.

The company sacked 5300 employees for secretly opening two million bank and credit card accounts without the customers’ knowledge while the customers were charged for accounts they didn’t open. Wells Fargo received the unwarranted fees while the sacked workers made more money and boosted their sales figures.

Financial mess: Despite Jumia’s topline, active customers, marketplace revenue and gross profit grew within the year, the company’s growth was overshadowed by its net losses which significantly increased by 59.2% between last year and this year.

The highlight of Jumia’s financial statement

Note that since entering the e-commerce business in 2012, Jumia has lost N362.3 billion ($1 billion) in total.

Class action lawsuit: The problem with the inflated numbers that arose from the improper orders of Jumia’s staff is that it increased the trust issues Jumia is struggling with among investors since listing its shares in the United States.

Jumia has been accused of disclosing misleading information to favour the company and portray them as a healthy company to investors. This has led to class action lawsuit centered on “alleged misstatements and omissions” in its Initial Public Offering prospectus.

While the lawsuit is still in its early stage, the accusations have been taking a toll on Jumia’s stock in the New Yock Stock Exchange (NYSE) where it had opted for an unusual listing of its shares. Jumia’sstock price had peaked at $49.77 when it debuted. It has, however, crashed to N12.27 today (at the time of this report) although it was $12.21 yesterday, August 21, 2019.

Identity problem: Jumia also has an identity problem apart from the speculations of misinformation that has dragged down the brand on the Stock Exchange. While Jumia had positioned itself as an African e-commerce platform over the years, it was only after it listed on the NYSE that it was revealed that the company is a German registered company. The identity of the company has further caused confusion as many still don’t know if it is a Nigerian company or not.

(Nairametrics)
Continue Reading
You may also like...
Related Topics:Jumia