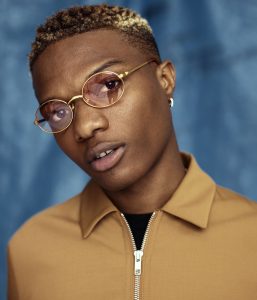 Many his fans have taken to social media especially micro blogging site Twitter to shower him with accolades and wish him a happy birthday. Some of his devoted followers who call themselves ‘Wizkid FC’ and ‘TeamWizkid’ further showed their love for him by visiting  an orphanage, donating gifts and food items to commemorate the icon’s birthday.

Check out some tweets below:

Biggest fan base in Africa, I love #WizkidFC #Wizkid29 pic.twitter.com/7C5yVaouwQ

We ain’t Teamwizkid by mouth, we love our own STARBOY with passion, no fake love over here
We celebrated his birthday by visiting a motherless home (SOS) at isolo
More life to the king @wizkidayo #wizkid29 #wizkid29 #wizkid29 pic.twitter.com/O77O9gg5Fz

Shout-out to the man that made the birth of our Icon possible
Happy birthday king!! #wizkid29 #TeamWizkidatOrphanage pic.twitter.com/EBBP0BjJ0a

Wizkid fans through their supporters group, Team Wizkid Worldwide visited an orphanage in Isolo, Lagos State to give supplies to the kids to celebrate Wizkid’s 29th Birthday.

Talk about Passion, Kindness & Togetherness, Wizkid FC got it all 💪#wizkid29 #TeamWizkidAtOrphanage pic.twitter.com/744SmE92Rf

The singer born this day in 1990 hails from Lagos State and is from a family of six. He is the last child and also the only son. He started singing at the age of eleven under the stage name Lil Prinz. He also formed a group at 11 called Glorious Five. The group later released a 7-track album that was released in the church.

He started out recording at OJB Jezreel’s studio at the age of 15. In 2006, he changed his name from the moniker Lil Prinz to Wizkid.

He broke into the spotlight in 2009 when he featured on rapper, M.I Abaga’s song, “Fast Cars”. His break out single is “Holla At Your Boy” that was released in 2010. He then went on to release his  first solo album was released in 2011 with E.M.E titled, ‘Superstar’. The album which remains one of the best selling Nigerian albums of all times had 17 tracks.

Since then he has won several awards locally and internationally and is the  youngest African artiste to get a Grammy nomination. He is also one of Africa’s biggest music exports and has featured on several award winning records including Drake’s global hit song ‘One Dance.’

Here is wishing him a happy birthday and many more years of making good music ahead. 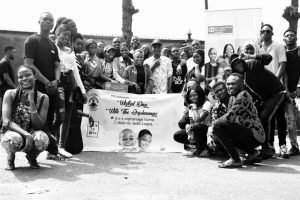 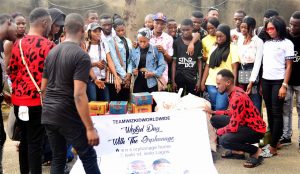