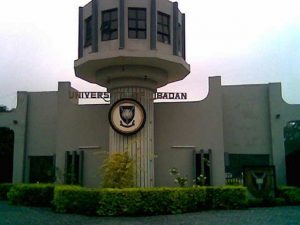 The state of insecurity in the country was brought to the fore early today when some gunmen attacked Obafemi Awolowo Hall female hostel at the University of Ibadan, carting away valuables.

The invasion of the female hostel was said to have occurred around 1:30 a.m.by armed men numbering about 10.

They were said to have made away with the students’ phones, laptops, cash and other valuables.

The Director of the Public Communication of the institution, Mr. Olatunji Oladejo, who confirmed the unfortunate incident, said two students were injured but were later rushed to the University’s health center for treatment.

Oladejo further disclosed that Campus Security Service coupled with combined efforts of the policemen from Bodija, Sango and Ojoo and Operation Burst rushed to the scene of the incident but the thieves had escaped.

Students of the hostel revealed the local security personnel of the institution guarding the hostel were overpowered and praying while the robbery was ongoing.

Some students, who recounted their ordeals to The Nation, attributed the attack to the lackadaisical attitude of the school management to the security of the students whose hostel is in a ‘porous part of the school’.