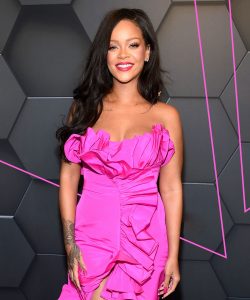 This came as a result of the work crooner’s move to London from the USA, which she revealed recently. And who better to welcome Rihanna than the Duchess who understands and as experienced what it means to move from the States to the UK when she began dating Prince Harry.

Sources in the know reveal that Rihanna, 31, and Meghan, 37, have found similar interests to bond over and both appreciate the need for maintaining privacy. An insider reportedly told Radar Online:

‘They actually have a lot in common in terms of style and a shared need for total privacy in their lives. ‘They’ve bumped into each other a few times before Meghan was super famous and have a few mutual acquaintances on the Hollywood social scene who’ve put them in touch again recently.’ 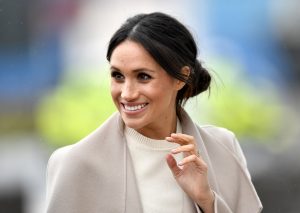 Rihanna joins Meghan’s inner circle of celebrity besties, which includes Serena Williams and Priyanka Chopra, both of whom attended her and Prince Harry’s wedding in 2018.

Rihanna shocked many when she revealed in May that she’d secretly moved to London a year ago to be closer to her businesses bases and, of course, her boyfriend Hassan Jameel whom she told interview Mag this week she was ‘in love’ with. In the interview, she also didn’t rule out the possibility of marriage, adding that she wanted to be a Mum more than ‘anything else in the world’.

Speaking to the New York Times, RiRi said her favourite thing to do was ‘walking around the block.’

Continue Reading
You may also like...
Related Topics:Meghan Markle, Rihanna