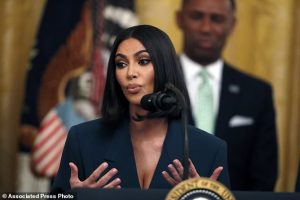 Kim Kardashian on Thursday 14th of June visited the White House and stood alongside President Donald Trump as they announced further support for her criminal justice reform.

Kim has made several visits to the highest office in US government, and returned on Thursday to announce a ride share partnership for former prisoners, who are given credit for car journeys to and from interviews. 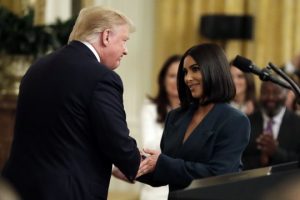 ‘Everyone wants the community to be safe, and the more opportunity we have and that they have and the support that we help give them, the safer everyone will be,’ she told reporters and guests, including Ivanka Trump and Jared Kushner, in the East Room.

Earlier she took to Instagram to reveal she was ‘heading to the White House to speak at the second chance hiring and reentry event’. 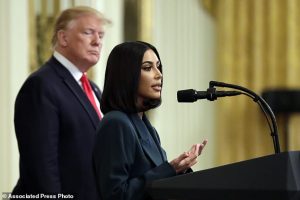 She added that she was

‘honored to be a part of the announcement that the administration and the private sector are stepping up to create opportunities for these men and women to succeed once home’.

‘While I have been able to offer support to some of the individuals I have met, the obstacles to success are an everyday struggle for thousands and more needs to be done,’ she said.

In June 2018 Kim was part of a team who helped to convince the president to pardon 63-year-old grandmother Alice, who was put behind bars in 1997 on money laundering and drug conspiracy charges. After Alice was reunited with her family, Kim said she ‘couldn’t stop at just one’ and is now fighting for the release of other inmates. 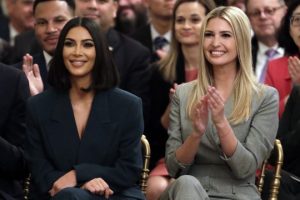 In September, she visited Washington and told her 58million followers:

‘It started with Ms. Alice. ‘But looking at her and seeing the faces and learning the stories of the men and women I’ve met inside prisons I knew I couldn’t stop at just one. It’s time for REAL systemic change.’

Watch her speech below: 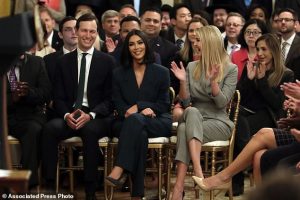 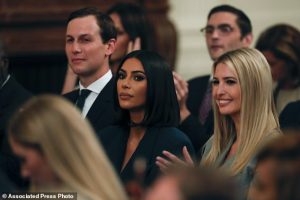 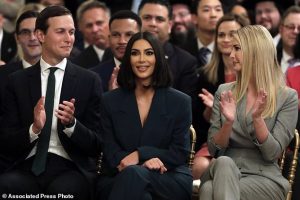 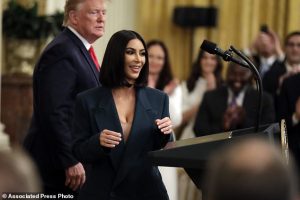 Continue Reading
You may also like...
Related Topics:Kim Kardashian