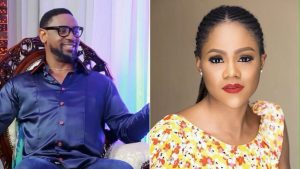 Embattled COZA Pastor Biodun Fatoyinbo has denied the rape allegations levelled against him by Timi Dakolo’s wife, Busola. To catch up of the story and watch the videos, click HERE.

In a statement released this evening on photo sharing social networking site Instagram, Fatoyinbo vehemently denied the allegations, insisting that he has never raped anyone before. He accused Timi and his wife extortion, and hinted that there might be ‘others’ like them who will come forward to tow the path of blackmail. He stated that criminal actions will be instigated against such persons. 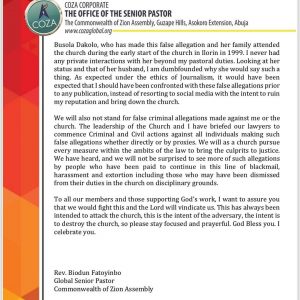 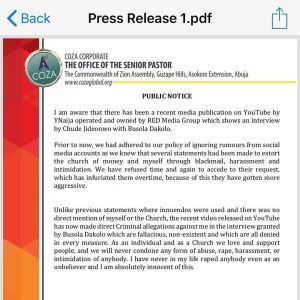 Interestingly, this is not the first time the controversial Pastor has been called out for rape or sexual harassment. In 2013, a former church member Ese Walter accused Fatoyinbo of taking advantage of her, and damaging her psychologically. The Pastor refused to comment on the allegations.

Comments have also been disabled on the Pastors Instagram page were the statement was first posted.