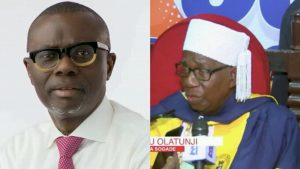 The Lagos State governor-elect, Babajide Sanwo-Olu, has sent his condolences to his Deputy, Dr Obafemi Hamzat and the entire family of the late politician, Oba Mufutau Olatunji Hamzat.

Obafemi Hamzat was until his death the traditional ruler of Afowora Sogade in Ogun State.

Sanwo-Olu in a statement by his Media Aide, Gboyega Akosile recalled the service of the late monarch to the people of Lagos where he was a frontline politician and lived most of his adult life.

He added that Oba Hamzat lived a life worthy of emulation and urged the present generation of leaders to make service to the people which the late Politician and Monarch lived for, the cornerstone of public service. 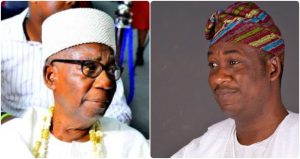 “While I extend my condolences to my brother, Dr Obafemi Hamzat and the entire family, I must implore them to be comforted with the worthy life of our father and leader, Oba Olatunji Hamzat.

“He was a political leader of immense stature in Lagos and he played politics of service to the people as a member of the Lagos State House of Assembly in 1979 and as a Commissioner.

“He was a leader of men and women who came under his political tutelage in Lagos. He was for the progressive ideals and stood firmly for the welfare of the people as against that of selfish and personal aggrandizement.

“He was also a decent man who raised quality children and mentored a lot of young people. It is very sad that he had to go at a time like this when his wise counsel will be most needed.

“We are inspired by his example of selfless service to Lagos to continue to work to impact positively on the lives of Lagosians.”