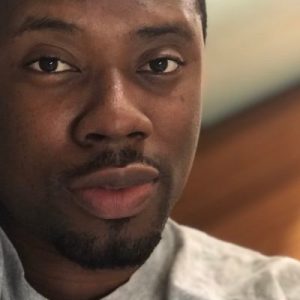 Joshua Mike-Bamiloye, son of renown televangelist and Christian film maker Mike Bamiloye is currently under fire for airing his opinion on popular US TV show ‘Lucifer’.

The show, which just concluded it’s fourth season follows the Lucifer, the original fallen angel, who has become dissatisfied with his life in hell. After abandoning his throne and retiring to Los Angeles, Lucifer indulges in his favorite things (women, wine and song) — until a murder takes place outside of his upscale nightclub. For the first time in billions of years, the murder awakens something unfamiliar in Lucifer’s soul that is eerily similar to compassion and sympathy. Lucifer is faced with another surprise when he meets an intriguing homicide detective named Chloe, who appears to possess an inherent goodness — unlike the worst of humanity, to which he is accustomed. Suddenly, Lucifer starts to wonder if there is hope for his soul. 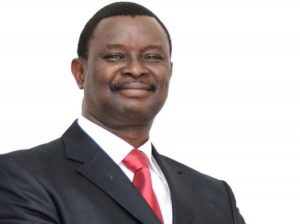 Initially hosted by Fox for its first 3 seasons, the show was cancelled by the Network in May 2018, a decision it said it came to after looking at the numbers, viz a viz the fact that it was brought to them by an external studio. Fans however took to social media to clamour for its return, leading to Netflix picking up the show for its fourth  and most recent season, described as the best yet. As fans conclude watching the show’s 4th season, they have taken to micro blogging social networking site Twitter to appeal to Netflix for the quick release of the 5th season. This has led to the show trending on social media in the last couple of days, a development Joshua Mike-Bamiloye reacted to below:

Knowing how captivating foreign series can be,

Now you LOVE the character; Lucifer,

And somehow you think,

the devil isn’t winning your soul over…

Many Twitter users didn’t agree with his stance, but rather than just disagree, they went a step further to reference some Dad’s movies produced under Mount Zion productions in the 90’s and early 2000’s. Some of Mount Zion’s most popular works include Ultimate Power( Agbara nla), Greatest Mistake(Asise nla), Captives of the Mighty, amongst many other hits. See some of their reactions below:

Your dad’s poorly researched, badly scripted and low budget attempt at movies didn’t do Christianity any favors either.

You people trying to defend Mount Zion should sha know that they are the reason you believe in penis theft, destiny sabotage, spiritual bondage through sex and other ridiculous acts.
You suffer PTSD and don’t even know it.

I hope Mike Bamiloye’s son knows the only thing he’s achieved today is give Lucifer more exposure on the TL. Certain that wasn’t his aim at the get go

Some other Twitter users defended the Mike Bamiloye movie legacy, crediting it for strengthening their belief, and giving them great childhood memories:

Mike Bamiloye will forever remain a LEGEND when the history of Christian movies in Nigeria is written. He was a trailblazer. Facts Only.

Mike Bamiloye made strong and lasting impacts on everyone regardless of their faith, than many of you or your Dads can ever think of making in a century, but it’s Twitter, you can drag the man because his son is having an opinion you don’t agree with. Uncouth & stupid generation

There shall be no Mike Bamiloye slander in my space. My entire family respects them to the bones. You will be blocked if you slander them. 😂😂😂😂

What are your thoughts on Joshua’s stance and the Lucifer debate? Have you seen the show?

Fox To Cancel Empire After Sixth Season With ‘No Plan’ For Jussie Smollett
Over 500,000 Game Of Thrones Fans Sign Petition For Season 8 Remake