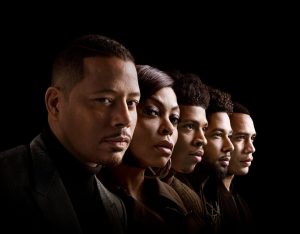 Fox has announced that it’s hit drama Empire will be canceled after its upcoming fall season during the network’s recent upfront call.

What that means for embattled star Jussie Smollett remains to be seen, however, according to the executives who announced the 2019-20 season.

After a scandal laden year, Smollett had effectively been written off the show in season five.

Fox Entertainment CEO Charlie Collier says there is an option to have Smollett in the show’s sixth year but there is no plan right now to include him.

‘We are turning the final season into a large TV event, we are trying to go out guns a blazing,’ Collier said on the call, according to Deadline.

Collier says the network wants to give Empire a big send-off and that’s the focus.

‘You allow fans to lean in and have the ending they deserve,’ the CEO said.

The actor was written out of the final two episodes of the current season after police in Chicago accused him of staging a racist, anti-gay attack against himself.

The charges were later dropped after Smollett agreed to do community service and forfeit a $10,000.

The city of Chicago then sued the actor for $130,000 in ‘overtime costs’ that investigators racked up looking into the hoax. Additionally, the two brothers who were implicated as the perpetrators of the alleged crime also filed suit against Smollett’s attorneys for defamation.

While Jussie’s legal woes unfolded, Fox negotiated an extension to his contract for a possible comeback in season six, though execs say they have no plans for that to happen. 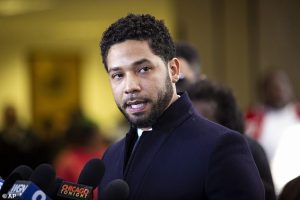 Controversial: Smollet shockingly went from a household sweetheart to almost blacklisted after an alleged homophobic attack was said to be false. Charges against him were however mysteriously dropped

‘By mutual agreement, the studio has negotiated an extension to Jussie Smollett’s option for season six, but at this time there are no plans for the character of Jamal to return to Empire,’ Fox Entertainment and 20th Century Fox TV said in a joint statement in early May.

In response, reps for the star released a statement to The Wrap saying he appreciated the option being on the table to return to the series.

‘We’ve been told that Jussie will not be on Empire in the beginning of the season but he appreciates they have extended his contract to keep Jamal’s future open.

‘Most importantly he is grateful to Fox and Empire leadership, cast, crew and fans for their unwavering support.’

Several Empire stars have campaigned for Jussie’s return to the show, according to TMZ, including the top billed stars Taraji P Henson and Terrence Howard. 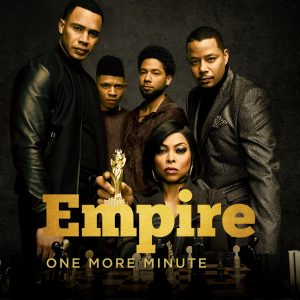 The outlet reported, ‘as soon as the announcement was made, Jussie’s costars got busy contacting Empire brass and pushing for his return.’

When Empire debuted in 2015 it was an instant hit for Fox. During seasons one and two, Deadline reports that ‘Empire was on a winning trajectory of growing almost every week in the ratings to new highs.’

The plot surrounds a ‘hip-hop mogul [who] must choose a successor among his three sons who are battling for control over his multi-million dollar company, while his ex-wife schemes to reclaim what is hers.’