From The Desk Of Moji Delano

The Greedy Neighbour: What Would You Reaction Be If This Happened To You? 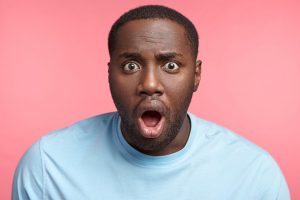 A family friend who is still a student came around last week, for my birthday. She wanted to come on the 7th but couldn’t make it.

So when she was leaving I packed some birthday goodies for her: A huge chunk of cake I put in the biggest size of that common transparent take away pack, three cans of malt and soft drinks, 6 wraps of moimoi, Ofada sauce and rice.

Knowing she didn’t have a fridge at the place she rented close to her school, I asked her how she would preserve the food, she said:

“My neighbour and I are very cool, she once said I could put anything in her freezer if I ever needed to.”

I wasn’t too sure about the arrangement, but considering she was a student and the food would go a long way, I packed it all for her. Before going back to school, she also went home, and her Mum packed a big bowl of Peppersoup for her too.

On getting back to school, she said she took a drink, ate some of the rice and Ofada sauce and cake. She then cut a decent chunk of the cake, divided the pepper soup into two portions, added moimoi and gave to her neighbour. She also gave her two cans of malt too. My family friend afterwards asked if she could put what was left of the food in her freezer and she readily agreed. She also thanked her for the food.

Because of her really busy week at school, she decided she would settle down to enjoy the rest of the food over the weekend. So last Sunday she called her neighbour (she calls her Mummy Peju) because she is married with two kids).
The conversation went something like this:

“Mummy Peju, good afternoon. I knocked on your door just now but no was home. Please let me know when you get back”.
“I’m still in Church, we just closed. This one that you called on the phone, I hope all is well?” Mummy Peju joked.
“All is well o, I just wanted to pick up the food I kept in your freezer”, my family friend Bimbo replied laughing too.

Her response I need to type in Yoruba, for context. She said:

“Ha, Daddy wa ati awon omo ma ti je yi toku, aro pe eefe mo ni…”
Meaning ‘Our Daddy’ (her husband) and the kids ate the rest of it because we thought you no longer wanted it. 😩

Plix dears, at what point did she hint that she didn’t want the food again?

Bimbo still thought it was a joke.

But alas! Mummy Peju was serious, the food had really been eaten.
At that point Bimbo’s laughter was replaced with shock, and she just managed to muster
“Oh Ok, kosi problem, Ese ma.”
Meaning: Thank you ma, no problem. She then ended the call.

As Bimbo narrated the story to me I laughed hysterical😩😳😂, while shaking my head vehemently at the same time. On a more serious note though, who does something like that? Remember, Bimbo had initially given her part of the food, before even putting it in her freezer. What level of greed will make you do such, to your neighbour whom you’re just getting to know?

Anyway, Ofada and moimoi had finished, but I still had cake so I gave her some when she came around yesterday. However she was heartbroken, and the ‘sefere shest pain’ she experienced was evident even while she narrated the ordeal. ‘Odun my gan Sister Moji!’, She kept repeating at intervals while giving me the gist😩😭😂.

When You Are Faced With A Problem, What Drives You Or Motivates You To Get Over it?

From The Desk Of Moji Delano

Refuse To Sacrifice Greatness On The Altar Of Good

7 Cool Things That Will Make You A Better Person

On Learning Through Pain…