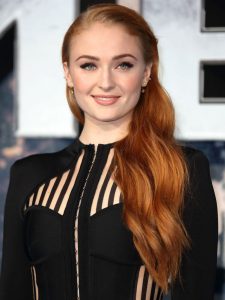 Game of Thrones star, Sophie Turner who plays ‘Sansa Stark’ on the popular HBO TV show has opened up on her battling depression, catalysed by the attention she received growing up in the public eye.

In an interview with Dr. Phil on his podcast “Phil in the Blanks,” she said started to become depressed around age 17, saying, “all of a sudden it just kind of hit me.”

“Since I was really young, we’ve had a whole mental health thing in my family,” said Turner, 22. “My immediate family, and myself, as well. I’ve suffered with depression for about five or six years now.”

“My friends were all going to university and I was working. But I was still living at my parents’ house, so I felt very alone,” she explained. “It only started to go downhill when I started to hit puberty and I was gaining weight. Then there was the social media scrutiny and everything — that was when it kind of hit me.”

Turner said she was seriously affected by negative comments she would read about herself as trolls criticised everything from her physical appearance to her interpretation of her role on the show. 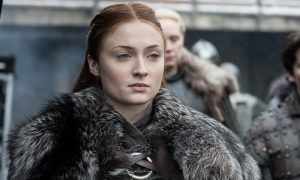 “You see 10 great comments and you ignore them, but one negative comment and it just like, throws you off,” she said. “People used to write, ‘Damn, Sansa gained 10 lbs.,’ or ‘Sansa needs to lose 10 lbs.’ It was just a lot of weight comments. Or I would have spotty skin because I was a teenager and that’s normal, but I used to get a lot of comments about my skin and my weight and how I wasn’t a good actress.”

It started to affect her ability to work, the actress said.

“I’d get them to tighten my corset a lot. I just got very, very self-conscious. I would be concerned about angles, I’d be concerned about my face,” she said. “It would just affect me creatively and I couldn’t be true to the character because I was just so worried about Sophie.”

The actress began to withdraw from everyone around her and said her “biggest challenge” became “getting out of bed and getting out of the house.”

“I had no motivation to do anything or go out. Even with my best friends, I wouldn’t want to see them,” she said. “I just would cry and cry and cry over just getting changed and putting on clothes and be like, ‘I can’t do this. I can’t go outside. I have nothing that I want to do.’”

Turner said she and costar Maisie Williams, who plays her on-screen sister Arya Stark, wound up isolating themselves together.

“She’s just a year younger than me and she and I were growing up together,” Turner said. “She was my best friend and she was the only one that I really told about all of it.”

“Maisie and I used to do it together,” she continued. “Being friends with each other was quite destructive because we were going through the same thing, so we used to get home from set, go to a little supermarket across the road and just buy food and just buy food and go back to our room and eat it in bed. We never socialized, for a couple of years. We didn’t socialize with anyone but ourselves.” 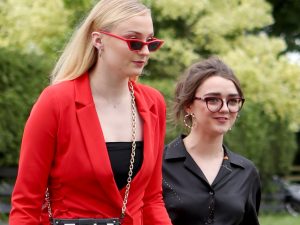 Turner said she’s managed to turn her life around thanks to therapy and support from fiancé Joe Jonas, 29. (They’ve been together for two and a half years and got engaged in October 2017.) 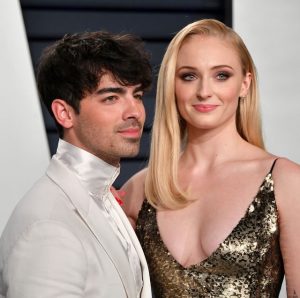 “I feel much better. I’ve been doing therapy at CAST centers, actually. I’m on medication,” she said. “I love myself now, or more than I used to, I think. I don’t think I loved myself at all. But I’m now with someone that makes me realize that I do have some redeeming qualities, I suppose.”

“When someone tells you they love you every day, it makes you really think about why that is and I think it makes you love yourself a bit more,” she added. “So yeah, I love myself.”

Continue Reading
You may also like...
Related Topics:Sophie Turner