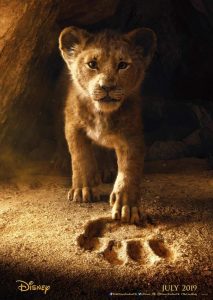 The thrilling new trailer for the live action version of The Lion King is out!

Fans of the 1994 Disney classic were treated to a dramatic 1 minute 50 second look at the film, due to be released on July 19.

Disney has set a July 19, 2019 release date for The Lion King, which is currently the only movie slated for release on that date.

The Lion King is one of 10 movies Disney has slated for release in 2019, which could be the studio’s biggest year to date.

Who else is excited to see the Lion King?

Idris Elba’s Turn Up Charlie Is A Must Watch For Nigerians Who Love TV Shows(Review)
After Almost 2 Years, Was Season 8 Premiere Of Game Of Thrones Worth The Wait?