Why Waje Shouldn’t Give Up 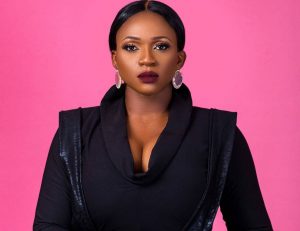 I whispered into my friend’s ear as I looked towards the beautiful lady across the table. She was laughing and dancing heartily, stylishly dressed in a blazer and pants. It was actually her beautiful sequinned blazer and décolletage that caught my attention in the first place.

“Yeah she’s the one,” my friend confirmed.
“She bought most of the drinks on the table and invited us to join her. I can’t even believe how friendly she is,” my friend added.

While we danced and partied that evening, from time to time I glanced at her, and how she mingled easily with everyone at the table. She even danced with my friends who she met for the first time that evening, and had no airs around her at all.

Prior to that night I had seen her on several occasions at events, but it wasn’t until those few hours we spent at the same table that I was able to take in her personality, and form an opinion. We didn’t chat or speak, but from observing her warmness towards complete strangers, I liked her attitude, and considered her a friend in my head since that day. There’s also the part that people tell me we look alike. I still can’t see the facial semblance, but perhaps in other areas. Lol.

So when I saw the video above of her expressing her frustrations this morning, talking about how she was considering quitting music, I felt her pain, deeply. Not just because I consider a friend in my head, but because I, like many others can relate to the frustration of putting in a lot of effort into something and not getting maximum results. It is painful as it can be depressing, to work hard for years and put you best foot forward yet struggle to live the life of your dreams.

“Maybe it’s fair to give it a rest and try other things for now,” Waje said in a contemplative tone in the  viral video above as she discussed with two other ladies about her music career.

“But I can’t have released an album after everybody has been shouting Waje your last album was many years ago please we need an album, all the people that were shouting, where are they?” She asked, her voice getting high pitched, laden with the burden of her frustrations.

One of other two ladies in an effort to dissuade her from giving up and encourage her simultaneously started to say “at the end of the day,  the fact that this person…”

Waje butted in impatiently,  saying  “that’s what Im saying I don’t have the money… let me speak it in pidgin English I no get the money for publicity,” She lamented.

She then continued explaining how many times, she had to put aside many of her needs, because music always takes the bulk of her income, yet the results of her sacrifice and investment hasn’t paid off like she hoped, even after many years. “I’m not willing to put all that money in it any more,” she concluded.

Waje’s frustrations is something many of us can relate to. Working hard, but not getting the results one desires, and hanging in there hoping it will pay off. After some time, one starts to consider throwing in the towel, because of how exhausting the weight of dashed hopes can be on one’s mental health. 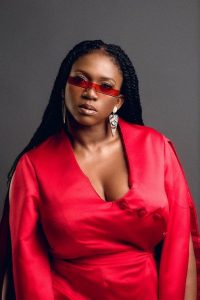 This is not about being broke. Waje is not broke. I mean she only just released a movie with singer Omawunmi- She Is The Movie, and probably has one or two things bringing her income aside music. But the bulk of her frustrations emanates from doing something she clearly has a passion for, and like many of us not getting to heights she envisioned after years of hard work. At this point, she is probably wondering, like many people caught in the same dilemma if she wasted her time from the get go and if it really is time to count her losses and move on.

When anyone gets to this point, it’s hard for them to listen to positive advice, because their default mind set is that the person or people giving advice don’t understand their pain. It’s hard to remember how far they’ve come because they have aspirations they feel far from. I understand this because I have been there. But what I also understand is that while there is still room for plenty of growth, Waje isn’t doing bad at all. In fact, she is one of the few female artists who have managed to stay afloat in the Nigerian pool of entertainment that seems to drown female artists from time to time, leaving the the ratio of female to male artists far from balanced. For this alone, I think she should be proud of herself.

Also the crossroads she is at the moment is what many successful people say makes all the difference: the ability to stick it out when the average person would throw in the towel. Easy it wont be, and in fact looking for more ways to supplement income to sustain her music dream may become imperative. However, if she can take stock, get help where necessary to analyse her music without sentiment, and try to make one or two changes, her career will take flight to the next level.

What if she has done this before? That’s where perseverance and consistency comes in. It’s not about how many times a person falls but how many times they get up. I think taking a break might help. Taking time off to let off steam, getting an arial view, trying to see the entire picture like an outsider, resetting to a state of tabula-rasa might just give fresh ideas that will take her career to the next level. With these things you just never know. What I know however, is that if she throws in the towel now, she will be forced to deal with wondering what could have been, if she stuck it out a little longer.

I understand Waje’s frustrations, I really do. Also for some people, giving up might be the best option in their situation. However, I don’t think Waje’s is one of such. She’s had a good stint musically and from this point, I think it can only get better.

Ultimately I hope she does what she thinks is best for her happiness, regardless of what that is. Wish her all the best.