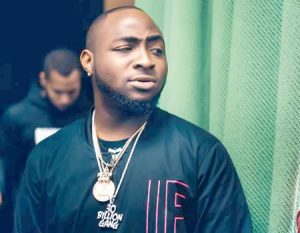 Singer Davido has reacted to the suspension of CJN Onnoghen and appointment of  Justice Ibrahim Tanko Mohammed as the acting CJN.
The singer who in recent times has been very vocal because of  his Uncle Senator Adeleke’s foray into politics, shared his opinion on micro blogging social networking site Twitter shortly after the announcement was made by the presidency.

We can’t allow this nonsense…. https://t.co/UV0RSFOBRp

In another tweet the 26 year old Assurance crooner wrote :

Thee singer appears to align with the argument of some quarters  that the suspension of the formal CJN is illegal.