The Muslim Rights Concern (MURIC) has taken a swipe at the Nigerian government for recognising January 1 for Christians, yet failing to do same to other religious affiliations, especially Islam. 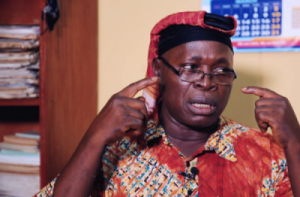 In a statement on Tuesday, Professor Ishaq Akintola, the MURIC Director, maintained that several petitions have been written for the Islamic calendar to be recognied, yet it has been consistently turned down.

According to Akintola, the recognition of January 1 “for Christians to enjoy” is “religious apartheid”.

The statement read: “The Federal Government declared today, 1st January 2018, as a public holiday thereby keeping faith with the practice since colonial days into Nigeria’s post-independence period. The Muslim Rights Concern (MURIC) has condemned the Federal Government (FG) for granting official recognition to 1st January for Christians to enjoy while ignoring the myriad of petitions from Muslims dating back to the 60s demanding recognition for 1st Muharram as the first day of the Islamic calendar.

“Nigerian Muslims feel marginalised. The reality of the Nigerian situation has subjected Muslims in the country to religious segregation. Today 1st January 2019 was declared by FG in recognition of the Christo-Western Gregorian calendar. This happens every year. In essence, FG recognizes the Christian calendar but spurns the Islamic calendar despite several petitions and appeals to it dating back to the 60s. In particular, MURIC has consistently made this demand at least for the past ten years.

“This is religious apartheid. A society which desires peace must embrace justice and fairness. Justice is the soul of peace. Nobody can deny one and enjoy the other. It is this socio-economic imbalance that has been responsible for the absence of genuine and enduring peace in Nigeria.

“Muslims suffered under colonial rule as every policy of the colonial master was designed to eliminate all vestiges of Islam. It is most unfortunate that successive post-independence regimes have pursued this lopsided policy and refused to review the situation. It is disappointing to note that Nigerian governments headed by Muslims have equally turned deaf ears to our complaints.

“From Abubakar Tafawa Balewa to Muritala Muhammad, from Ibrahim Babangida to Sanni Abacha, Musa Yaradua and now Muhammadu Buhari, no Muslim head of state had the political will to bell the cat. Though we are not unaware of the strategy of agents of neo-colonialism whose stock-in-trade is to blackmail Muslim heads of state with the ‘Islamisation’ agenda in order to put them permanently on the defence, we expect that every Nigerian leader must possess the courage to enthrone justice and equity.”

“In view of this glaring injustice and the obvious lack of political will on the part of FG, MURIC hereby calls on Nigerian Muslims to prepare for a change in tactics. From now onwards, if FG continues with its lackadaisical attitude to the demands of Muslims for parity with their Christian neighbours, we will accompany our civil rights demands with peaceful protests”, Prof. Ishaq said.

MURIC ordered all Muslims to observe a sit-at-home on 1st Muharram 1441 as the beginning of their actions to ensure the federal government recognizes the Islamic calendar and declare the first day of the calendar as a public holiday.

The statement continued: “To start with, we are instructing our members throughout the federation to sit at home on 1st Muharram 1441 which corresponds to 31st August 2019. However, Muslims will observe the sit-at-home on Friday, 30th August 2019 to give more effect to their demand for parity and civil liberty.”

“We refuse to be third class citizens in our own country. Nigeria belongs to all of us. We are not asking for any favour. We are demanding our Allah-given fundamental human right. Nobody has the right to take from us what Almighty Allah has given us. We will not be slaves in our land.

“In conclusion, we give notice to FG to brace up for peaceful confrontation with Nigerian Muslims or to grant equal status to 1st Muharram by declaring the day as a public holiday like 1st January.” (SaharaReporters )

Continue Reading
You may also like...
Related Topics:JANUARY, MURIC, Religion