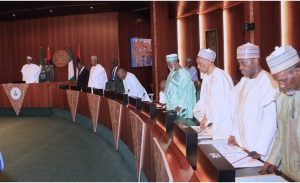 The National Council of State on Tuesday held it’s first meeting of the year where it approved N27, 000 as the new minimum wage.

In December 2018, the tripartite committee had recommended N30, 000 as minimum wage.

Reacting, state governors had fixed N22, 500 as the amount they could comfortably pay their workers.

“times are hard and because of financial constraints and other limitations” many states cannot afford N30, 000.

“The N22,500 was arrived at, after extensive deliberations among all 36 governors, outlining their financial capacities and liquidity, considering the economic situation of the country and the states’ other obligations to the majority of the people of their various domains.

“Governors also emphasized that N22,500 is a ‘baseline threshold’, meaning that any governor who can pay more than N22.500 is therefore free to go ahead and do so.”

The Nigerian Council of State is an organ of Government that advises  the executive on policy making amongst other things. It can advise the President in the exercise of his powers with respect to:

More photos from the meeting below: 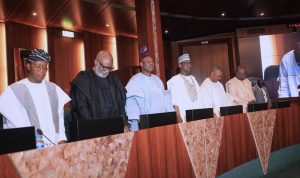 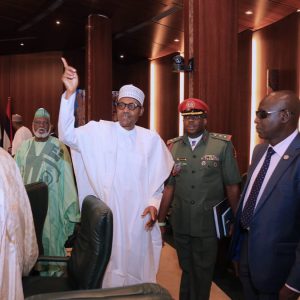 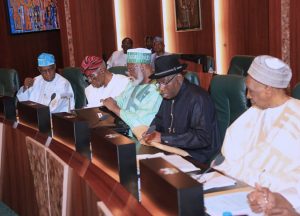 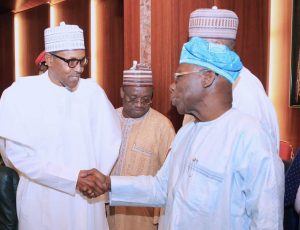 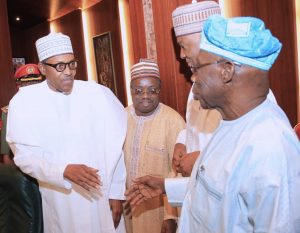 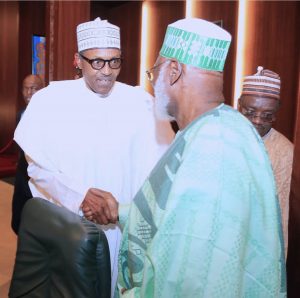 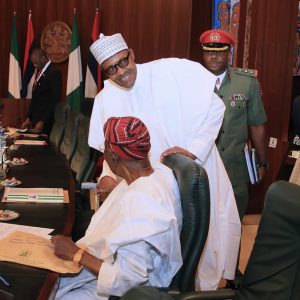 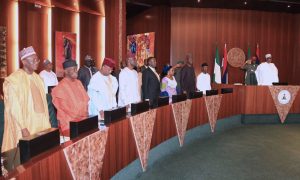 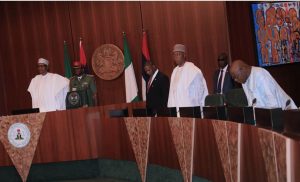 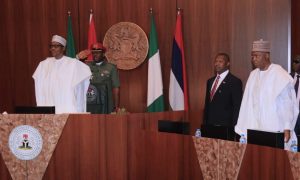 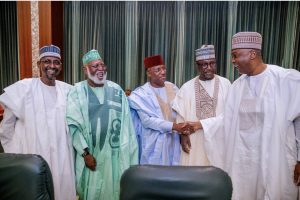 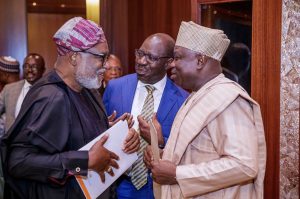 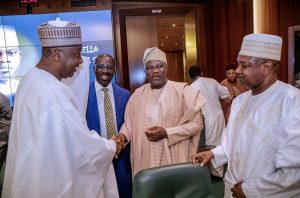 Continue Reading
You may also like...
Related Topics:National Council Of State