The Ekiti Executive Council at its sitting on Wednesday approved the cancellation of certain key appointments made by former Governor Ayo Fayose in the twilight of his tenure. 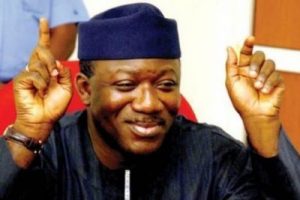 The review also affects all other appointments made into the state’s public service.

 The Chief Press Secretary to the governor, Olayinka Oyebode, who briefed newsmen at the end of the meeting, said that all executive secretaries appointed after the July 21 governorship election in the state were to revert to their former positions.

He said all other appointments into the public service that did not go through due process, involving biometrics would be reviewed by an EXCO committee.

The state executive said that the committee would be headed by the Deputy Governor, Chief Bisi Egbeyemi.

 The committee, according to him, is also to determine available vacancies within the public service which will lead to the commencement of fresh recruitment process.

Oyebode said that other members of the committee would be the Acting Head of Service, the Secretary to the State Government, the Commissioner for Finance and the Chief of Staff to Gov. Kayode Fayemi.