A drug addict reported to police after being sold flour instead of cocaine, this is really weird as we though some cases can never be reported. 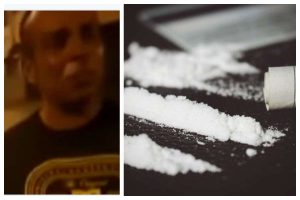 So how are the police expected to respond, arrest him for using drugs, or arrest the dealer for selling fake drugs.

Drug addict reports to police after being sold flour instead of cocaine lailasnews
According to a video shared online, the dealer deceived the buyer by handing over a plastic baggy filled with what was supposed to be cocaine. But when the man tried to snort it, he noticed it was flour.

Disappointed, he saw a police officer on a routine patrol shift and he approached him to report his failure to purchase cocaine.

“I am from La Porra, I came to get my drugs, boss,”
“And I want to file a report because they’ve given me flour, boss.”
The drug abuser begged the cop to help him get his supply of cocaine and the cop broke out laughing.

He told the officer:

“Help me out with that, boss, because one comes here to get his drugs and they give you flour.”
According to Article 299 of the Peruvian Penal Code, it is legal in the South American country to possess up to two grams of cocaine or at least five grams of coca paste for personal use.

Planting coca plants – which is the the material used for making cocaine – is legal in Peru and coca leaves are sold in markets.

Well, you see why he was so bold.

Continue Reading
You may also like...
Related Topics:cocaine, crime, news

Thief Takes Selfie With Stolen Phone, Uploads On Owner’s WhatsApp Story
Man Gets Arrested On Purpose In Order To Avoid Getting Married