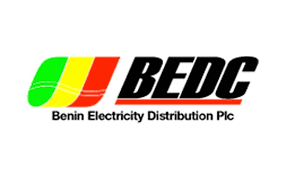 The attention of the Management of BEDC Electricity PLC (BEDC), has been drawn to a fictitious online publication posted by the Edo State Civil Societies Organization (EDOSCO) that the operating license of BEDC has been withdrawn and that customers in Benin, should not pay for electricity based on this position.

We wish to strongly condemn the publication in its entirety which is a propaganda by EDOSCO, an organization peddling misinformation, after BEDC instituted court cases against some of it’s members for illegal tampering with power equipments. Our esteemed customers should thus discountenance such deliberate misrepresentation as there is no withdrawal of the license of BEDC . Rather, please recall that the Director General of the Bureau of Public Enterprises (BPE), the federal government agency that midwifed the privatization exercise at a Press briefing in Benin last month declared that there was no ongoing license renewal for BEDC or any of the other 10 distribution companies. Indeed the licenses issued to BEDC and the other discos is 15years , with a renewal option of another 10 years, after the expiry of same. Nigerian Electricity Regulatory Commission (NERC) which handles all matters relating to licensing, duly recognizes BEDC as the electricity service provider for Edo, Delta, Ondo and Ekiti states.

recent unfortunate incidence that led to a reduction in power supplied to Edo State on some feeders in Central Benin, resulting from major transformer breakdown, as a stop gap, arrangement was made to connect most of the customers on the affected feeders to existing functional ones in a manner that would not overload the system. This is providing supply albeit on limited basis, pending when normal supply will resume after the replacement or the repairs of the transformer by TCN. Several announcements have been made on locations affected. We expect normalizing of the situation soonest.

BEDC therefore advises esteemed customers and good people of Edo state to disregard the false information being peddled by EDOSCO while advising customers to continue to pay their electricity bill in line with what is consumed.

Esteemed customers who require further clarification on any issue should contact our nearest offices; business units or service centers in their domain or our customer care number 08039012323 for further information.