Officials of the National Drug Law Enforcement Agency NDLEA, have uncovered N340 million worth of Tramadol tablets in 12 containers at the Apapa port in Lagos State. 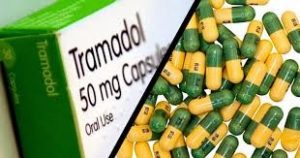 In a statement released by its Head of Public Affairs, Jonah Achema, the agency said the tablets which were in various dosages ranging from 120 milligrams to 250 milligrams were recovered from 12 containers in the ongoing search in Apapa port.

He said the containers were on the watch-list of NDLEA since November, 2017 and were brought to Nigeria Customs Service for search based on the agency’s reasonable suspicion of the containers.

He stated that the NCS on Wednesday, dropped 28 of 62 containers slated for search, among which 12 of them were been found to contain tramadol.“The search is still ongoing. Tramadol is a pharmaceutical drug which has been subject of abuse by the populace. In one single operation in November last year, the agency intercepted 160 million tablets of tramadol at the Apapa port which ranged from 220 to 250 milligrams. They were imported from India using false documents in the name of an unregistered company,” Achema said.
The Federal government banned Tramadol and Codeine in May due to the gross abuse of the drugs by women and youths.

Continue Reading
You may also like...
Related Topics:NDLEA, news