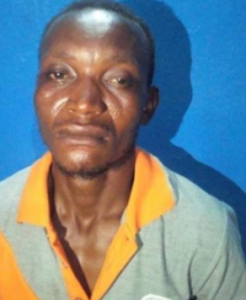 In a statement released by the state police command’s spokesperson, Abimbola Oyeyemi, said Adewale was arrested on Saturday September 1st following a complaint by the father of the victim.

”The father reported at Onipanu Division that he discovered a sudden and unusual demeanor on his daughter as well as loss of appetite for food.

Upon the report, the DPO Onipanu Division SP Sangobiyi Johnson detailed detectives to effect the arrest of the suspect who happened to be living in the same house with the Parents of the victim.  On interrogation, the suspect confessed to the crime but blamed it on the devil handiwork.

The victim has been taken to the hospital where medical report confirmed that the girl has been carnally violated.” he said

Meanwhile, the commissioner of Police CP Ahmed Iliyasu has ordered the immediate transfer of the suspect to Anti Human Trafficking and Child Labour Unit of the State Criminal Investigation and Intelligence Department for proper investigation and prosecution.