“I Regret To Announce That The National Carrier Project Has Been Suspended Indefinitely” – Minister Of Aviation, Hadi Sirika 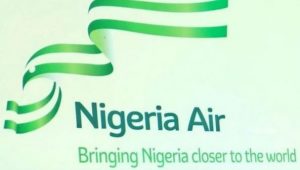 Hadi Sirika, minister of state for aviationin a tweet that hs also been retweeted by the Presidency says, “I regret to announce that the Federal Executive Council has taken the tough decision to suspend the National Carrier Project in the interim. All commitments due will be honoured. We thank the public for the support as always.” 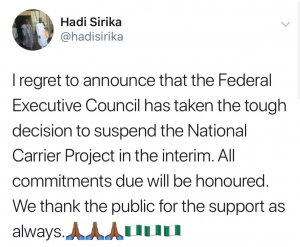 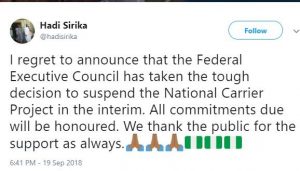 New Report By The Bill Gates Foundation Says, “Over 40% Of World’s Poorest People Will Live In Nigeria, Congo By 2050”

APC: Opeyemi Bamidele Demands Cancellation Of Ekiti Primary Election, Says It Will Be…

Nigeria Air To Take Off By April 2022, Says Aviation…