Aaron Armstrong, the boyfriend of Love Island star Sophie Gradon, was found dead yesterday in an apparent suicide, weeks after his girlfriend was found dead in her parents home in what is also believed to have been a suicide. 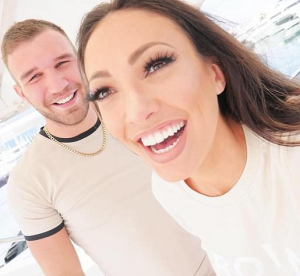 Aaron Armstrong, 25, was devastated by the death of his girlfriend, a former Miss Great Britain who died at the age of 32.

Days before he was found dead after her funeral, Aaron wrote on social media: “I will see u very soon my angel”.

The full post reads: “‘I will never stop loving u and my heart will be yours until the day I join you I will see u very soon my angel so keep are  bed warm for me.”

He was found dead at his home in Blyth, Northumberland, on Tuesday afternoon just three weeks after he discovered his girlfriend’s body at her parents’ home near Newcastle on June 22.

Police are not treating the deaths as suspicious, suggesting they both took their own lives.

Tyler Perry Recounts How He Attempted Suicide Days After DJ…