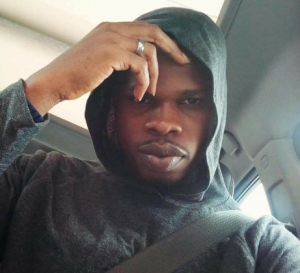 Openly Gay Nigerian man, Felix Kalu who has relocated to the US, shared a post on his Facebook page detailing how he fought Homophobia before leaving the shores of Nigeria. Read below

How I resist homophobia.
I am 27 years old. I am young and powerful.

Every war comes after a threat. The day my society threatened me they asked for a war. I will fight them to their knees. The more they resist me, the more I will persist.
I currently have someone in my life that makes me feel like a treasure. This person loves me very much. This person worships me. This person can melt mountains for me. We hope to get married some day.
Everyone should be given the opportunity to feel the way I feel right now.

A gay boy told me that his family thinks he is the one behind all the problems they are encountering. I have heard many of such stories where a family discovers a member was gay and concludes that God was punishing the entire family because of his homosexuality. In this boy’s case he was not just put out of the house, but all his clothes were burned. At that point can you imagine what life meant for him?

That boy lived with me till he learned a skill and my last kobo was used to open a shop for him. I believe the only way we young people can protect ourselves is when we are empowered. Sometimes I have had to take them and keep them in my house. A boy came to me with full blown AIDS and left as a barber who owned a barbing salon and an undergraduate of the open university. I feel proud of myself. I said I am not going to have any biological child because of this. There was one day I left the house early in the morning to give my last 3k to a boy that was going for this dancing competition, his family did not support him because he danced like a girl. After I gave him that money I came back to the house to one pack of Indomie noodle that I hoped to eat that morning, I didn’t know there was no gas, I chewed the indomie like that with water, but when he won that competition I felt a satisfaction that no food can give.
I didn’t buy new clothes for 3 years because I had boys going to school, boys who called me father even though some of them were older than me.
This is how I resist.
-Felix kalu.