A student of the Federal University, Lokoja, Saddam Saidu, has narrated how drug addiction almost ruined his life, but for the intervention of his father, Mohammed, who refused to give up on him. 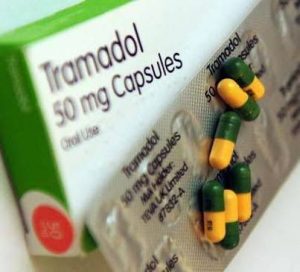 The Political Science student explained that he became addicted to Tramadol and other opiates through friends who were drug abusers.

Saddam’s narration was buttressed by his father during a town hall meeting held  in Abuja on Tuesday to mark the 2018 International Day against Drug Abuse and Illicit Drug Trafficking, with the theme, ‘Listen first: Listening to children and youths is the first step to help them grow healthy and safe.’

The former addict advised parents to monitor their children and wards, adding that the future of a lot of youngsters has been ruined by drug abuse and addiction.

“I finished my secondary school about eight years ago, but I am in 200 level at the university. You can see how my addiction had affected my academic progress. The last time I saw some of my friends, they were so impressed, they kept telling me I was looking good; I want to thank my father for not giving up on me,” Saddam said.

Mohammed explained that rehabilitating Saddam cost him a lot, adding that he had to place him in an expensive rehabilitation clinic in Wuse, Abuja.

“I was running an online Masters programme with a foreign university. The programme cost me $2,250 but I had to abandon the programme to focus on the rehabilitation of my son,” Mohammed told the audience which erupted in a loud ovation.

The Chairman, National Drug Law Enforcement Agency, Col. Muhammad Abdallah (retd.), said beyond clamping down on offenders, his agency was enlightening the youths about drug abuse.

“It is not acceptable that parents who have the primary responsibility of listening to their wards have rather resorted to blaming teachers, pastors, Imams, law enforcement agencies and even their children’s peers for their drug indulgence,” he noted.

The National Security Adviser, Maj.-Gen. Babagana Monguno (retd.), stated that enormous volume of drugs were still produced, trafficked and consumed throughout the world despite the efforts of national and international institutions. (Punch)