“Nigeria Will Keep Getting Poorer If We Keep Bearing Children” : Minister Of Trade, Okechukwu Enelemah

Minister of Trade and Investment, Okechukwu Enelemah, says Nigeria will become poorer if Nigerians keep having children they cannot cater for. The Minister said this while reacting to the Brookings Report that rated Nigeria as the country with the most poor people in the world. 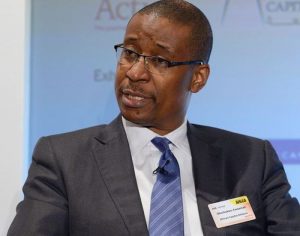 According to Enelemah, the fight against poverty in Nigeria would be won if all Nigerians put in efforts to

“So, I think we should roll up our sleeves as a people and do the work because, if we don’t do it, our people continue to bear children obviously, they would get poorer,” he said.

He also faulted the data for the global poverty report recently released, insisting it was collected during the period of economic recession

“I think, first, we need to understand when we get these reports that there are reports that are lagging in indicators, which means, people are reporting on history. So, when you get reports from Brooking Institution or all sorts of people, you need to look at the context. Somebody may have written a report when we were in a recession. Remember that if you are in a recession, what it means is that even though your population is growing, people don’t stop procreating… which means that in theory depending on how they run those numbers, you will be going the other way. There is absolutely no question that there is an urgency to create employment in Nigeria. What I can tell you, with certainty based on one’s background in business and economics, is that if we complete the things on infrastructure and you implement these reports we are doing, that is what I mean by a leading indicator, poverty will go down. There is no magic to it. But you have to do it first, you have put in the infrastructure, you have to implement the economic programme which is what will create the opportunities, they don’t drop from the sky.” he said

Trending Audio Of Nigerian Pastor Who Predicted Yesterday’s Tragedy At Otedola Bridge, Other Tragedies To Come