MTN, The Duke Of Shomolu And The Super Eagles 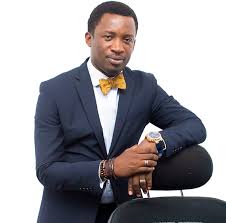 So there I was, mouth wide open amidst  a throng of very passionate Nigerians giddy with excitement, impatiently awaiting the commencement of what would be the second outing of the National Team at the ongoing mundial taking place at the world cup in Russia.

What I was looking at was simply amazing. The frenzy, the colours, the excitement and most of all the reckless confidence that we would carry the day. I was with MTN having been invited by my friend Funsho who works with the PR or is it media department of this huge firm. I had gone to visit him to present to him my new Book and there he was in the middle of organising a fanzone for the match. Now if you know funsho very well, you will understand that he takes MTN like his life. I remain eternally curios as to his work ethics and firm believe in the brand. He talks about MTN with the pride of a mother showing off a very brilliant child. He took me out of the premises and pointed out the roof top location of the fanzone. He told me about the multi level car park and the jetty that had just been completed under a building, operate and transfer arrangement with the Lagos State government. The site was a wonder to behold and one could immediately see that careful planning and design and gone into making the structure  of  world standard.

Well, that story would be for another day, today it was for the super Eagles. The roof top was well apportioned, with the famous MTN colours adorning everywhere. The four sided huge screen was imposing the centre of the location blaring out very popular Nigerian songs especially the ones specially composed for the tournament. Looking around, showed that I was the only one who did not know the songs, nor understood the popular language associated with the journey to Russia.

The match started and we witnessed a dour first half. The Nigerian team playing like left footed pansies and not doing much to regain the confidence I had lost in them these past ten years. While they were busy mimicking footballers on the screen I decided to keep  myself busy by looking around. The view of Victoria Island and Ikoyi from this edifice was breath taking. At this point, I could not be bothered with what was going on with Mikel Obi and his group of ballerina’s as they waddled around the pitch. Drinks and platters of deliciously made finger food was being shared around, the hostesses doing their best to keep the spirit high while still hoping for the best on the pitch.

The second half commenced. It was a different Eagles I was seeing. The coach had made some changes and the energy levels increased. It was war on the pitch and the eagles played with a new found confidence I had not seen in a while. As the team danced and ran circles around the ice men, I could see the top MTN Executives, gyrate in various forms of body movements as the eagles danced on the pitch. Legs were thrown up, hands flaying in the air and guttural screams following the near misses taking us closer to a goal. Football was a leveller, it was a religion, forcing us to bow and worship through finely displayed skills. It respected no hierarchy as top executives with other category of staff plus friends and family including vendors were welded together by the forceful cohesion that gave us no other option but to obey.

Suddenly, Moses broke out on the far right, running with an urgency that confused the ice men while grabbing the world’s attention and being egged on by 190 million   people including myself who at this time had thrown away my botte of coke. He ran towards the corner piece and suddenly without looking up put in a cross which was intercepted by this dark boy- this boy stopped the ball in the air and in that instance had cut off like two defenders and with the other leg healed the wound s that have continued to beset the nation. That boy was Musa and that goal threw all our avarice as a people out of the window, giving us temporary respite. The scream was deafening, loud and massive. Everybody jumped, everybody screamed. People were rolling on the floor, others were jumping up and down in a collective frenzy that could only be imagined and brought about by the brilliance of the Nigerian spirit.

By the end of the match, we were all so drenched with emotions, relieved and enmeshed with new found pride. MTN had once again given us a platform to seep the drink of unity. As we hugged and jumped up under the yellow banners, tears fell from our eyes, reminding us of the true essence of nationhood, a collective destiny and a greatness brought together by the sheer guts and determination of 22 young boys in faraway Russia.

As I walked to my car , I could not help but look back at what I had just witnessed with pride. True Nigerian rugged determination leading to an enigmatic victory despite the various challenges of nationhood. Together we will win, I tell you.

Lady Battered By An Army Official Cries Out For Help