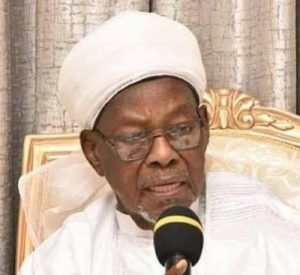 The Kano State Government has declared Friday as public holiday in honour of deceased cleric and business tycoon, Isyaku Rabi’u.

The renowned industrialist and Islamic scholar died on Tuesday in a London hospital after protracted illness.

A statement Wednesday by the state commissioner for information, Mohammed Garba, announced the public holiday.

“The holiday is declared to enable Muslims in the state attend the funeral prayer of the deceased,” the statement explained.

The funeral is billed to take place on Friday at the Sheikh Isyaku Rabi’u Juma’at mosque, Goron Dutse in Kano metropolis at 2:30 p.m. after Juma”at prayer.

The government statement said remains of the deceased is expected to arrive Kano on Thursday.

The late cleric was a major industrialist during the economic boom of the 1970s.

He was also a notable patron of the Tijjaniya sufi order in Africa, earning the title of caliph of the sect.

He is survived by many children among whom are chairman of BUA Group, Abdulsamad Rabiu, and chairman of IRS Airlines, Rabiu Rabiu.